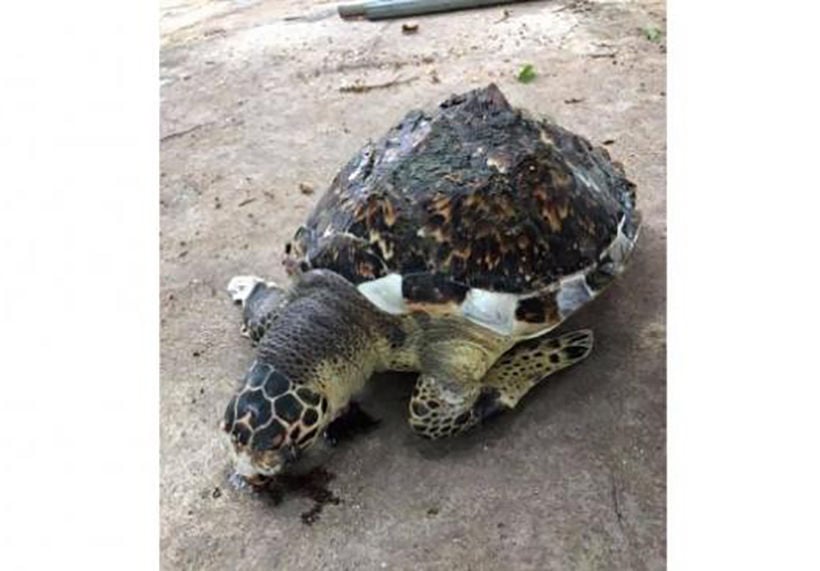 Kornkamol Kitimala, a veterinarian at the conservation centre, said that even though the carcass was badly decayed, it can definitely be concluded that the debris found in the turtle’s stomach was the cause of its death. Veterinarian added that the turtle was around a year old, though no microchip was found.

Leading Thai marine biologist Thon Thamrongnawasawat said the situation was tragic as at least three sea turtles were found dead from debris in the Gulf of Thailand over the past weekend. He said many turtles were also dying from being trapped in fishing nets or being hit by boats. He is urging Thai authorities to urgently address the serious marine debris problem and better regulate marine transportation and fishing.

“It will not be easy to do all these things at the same time, but we must take action now or we will lose these precious animals forever.”