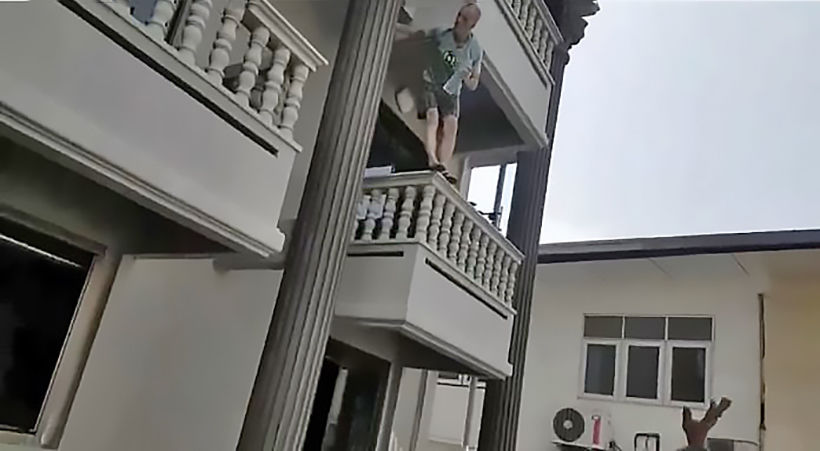 A German man was saved after trying to jump from a second floor room in South Pattaya yesterday. Pattaya police were notified of the incident at 12:30pm yesterday. Police, emergency responders and local media rushed the scene.

The 60 year old German man, identified as Nolte Uwe, was sitting on the balcony of a room on the second floor of a local apartment complex, yelling and causing a disturbance. Rescue workers and police negotiated with the man to get him to come down.

He was eventually saved by a quick-witted, fast-moving rescue worker, who pulled the him  to safety after lengthy negotiations. The man was arrested and taken to the Pattaya City Police Station. 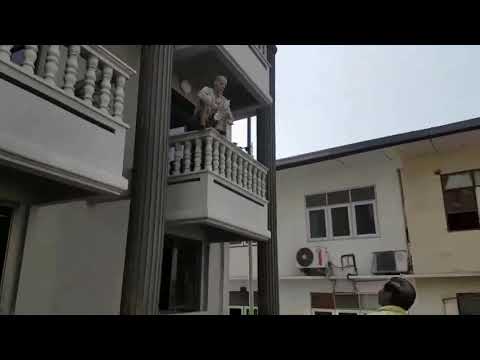 Police believe that Uwe had financial problems and acted out of desperation. He was detained after the incident for his own safety and a medical evaluation, as well as a review of his visa status.