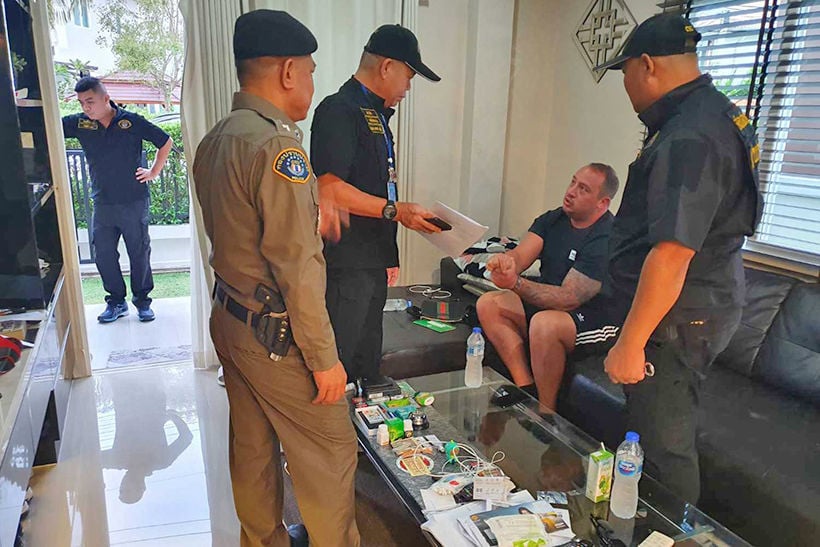 PHOTO: Mark Rumble at the time of his arrest - Crime Suppression Division

UPDATE: Neither Mark Rumble nor another suspect deported to the UK have the Covid-19 coronavirus, The Daily Mail reports: “Two British prisoners including a ‘drug dealer’ who were sent home from Thailand do not have coronavirus, tests have confirmed.”

A British drug suspect, arrested in Pattaya on November 2 before being extradited to the United Kingdom in January, has been tested for the coronavirus. Thai authorities confirmed the identity of 31 year old Mark Rumble, who was sent back to the UK just over two weeks ago. An official for the Corrections Department says a medical check prior to the extradition on January 27 didn’t reveal any illness.

“His body temperature was 36.6C and the lung x-ray was normal.”

Rumble was taken to HMP Bullingdon prison in Oxfordshire, according to Sky News. Prisoners there are now being kept in isolation, with access restricted to the wing of the complex where they are being held. 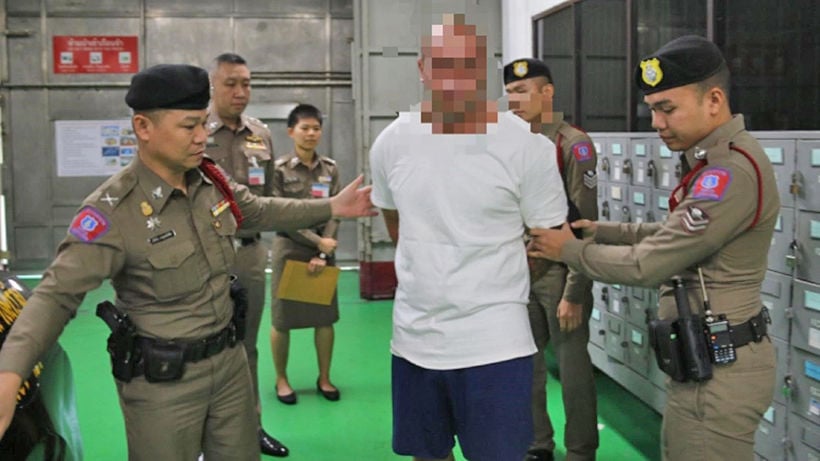 On the same day Rumble and another prisoner were being tested, a British honeymooner who was removed from the Diamond Princess cruise ship, currently quarantined off Japan nin Yokohama Harbour over coronavirus fears, announced his first test for the virus was negative. Passenger Alan Steele posted on Facebook:

“Just received great news. My test showed negative to the virus and have now been swabbed for second test. If that comes back negative I get released.”