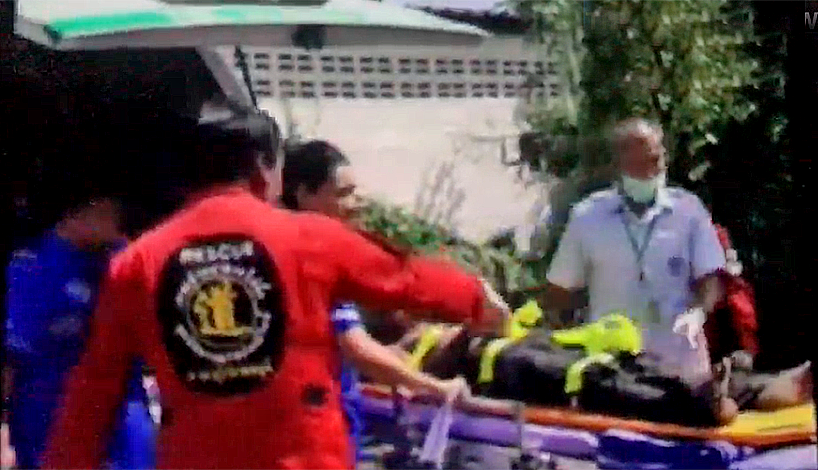 A herbal concoction, containing alcohol, suspected cyanide and toad blood is being blamed after one man died and another dozen were injured. Police and emergency responders rushed to the scene last week, north of Pattaya, to find the body of 47 year Winai Promsri. It is believed that he had died after drinking the local ‘moonshine’ brew.

Chonburi Hospital told The Pattaya News that ‘cyanide’ might be have been part of the herbal alcohol cocktail mixed with toad blood. The liquid is currently being tested for confirmation of the ingredients. Three people ended up in a coma after drinking the brew and the seller remains on the run.

The director of the Bang Lamung Health Office Somphon Jittirueangkiet told The Pattaya News, “The Chonburi Excise Office is investigating over the ‘herbal’ alcohol stall.”

Since the incident many small stalls have been visited by police and forced to close down. Although many are technically illegal the selling of the cocktails has been tolerated and is reported to be common in small villages and rural areas.

The ‘cocktail’, known as yadong, is a Thai-style moonshine and often made with toads and other amphibians and animals. It is popular with rural locals for its potency and cheap price.

The man who was supposedly responsible for the sale and production of the concoction is still missing.

Driver dies after car collides with a tree in Chon Buri