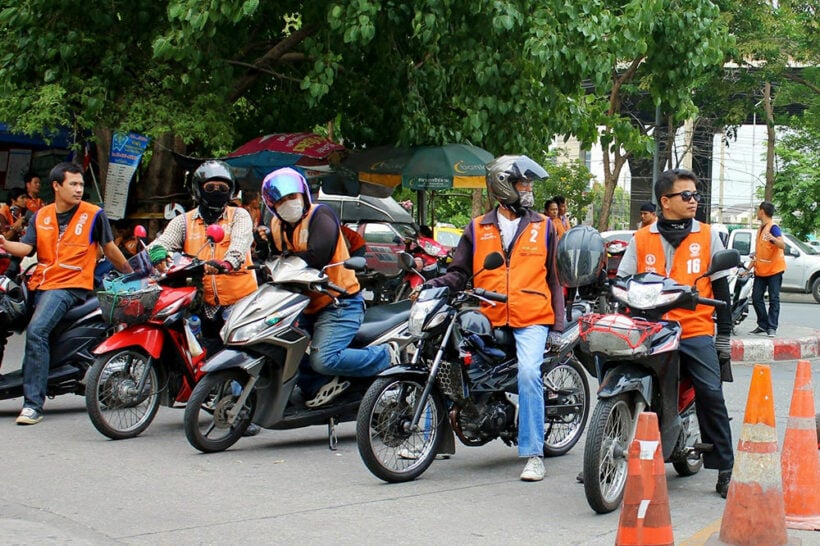 Win riders, Bangkok’s ubiquitous and slightly notorious motorcycle taxi drivers, are claiming that proposed penalties for riding on the sidewalk are too severe. Currently the Bangkok Metropolitan Authority has laid down bans of up to three years for motorbike riders caught riding on the city’s pavements.

But Win riders say losing their jackets for three years is unfair.

The Bangkok Metropolitan Administration went to gauge opinion of Win riders on the streets at four ranks in the upper Sukhumvit Road area of the capital, surveying locations including two in Soi Asoke (Soi 21), Soi 18 and Soi 22.

BMA spokesman Pongsakorn Kwanmuang says that riders agreed with the proposed regulations saying it was a positive step forward (to fine people riding on footpaths).

But they disagreed with losing their jackets for three years saying it was too severe a penalty. They asked for the penalties to be ‘toned down’.

Their comments were listed for a meeting being held today.

Win riders are known to pay up to 100,000 baht for their ‘jackets’ that allow them to join a ‘crew’ and serve a rank around the city. 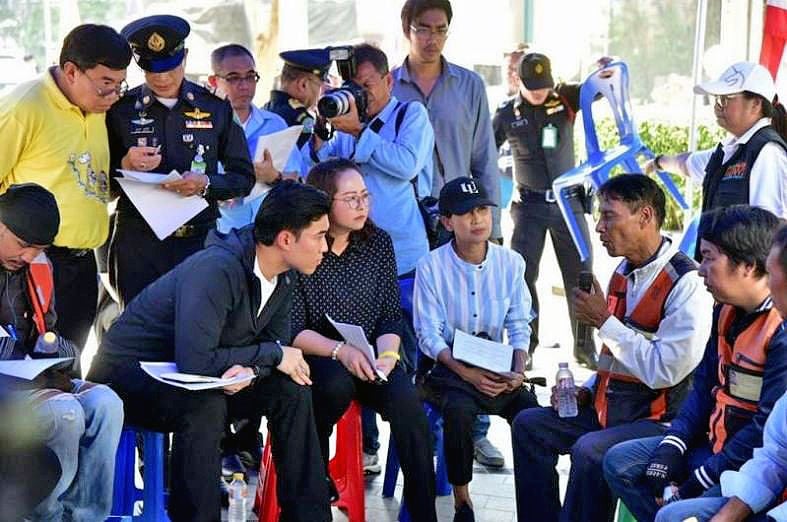