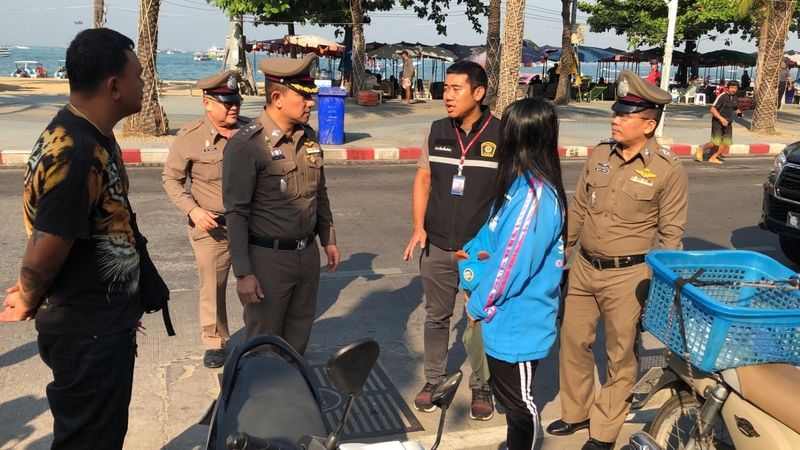 Pattaya police have arrested a British man, 39 year old Ben Frost, for the alleged theft of a motorcycle and snatching a bar owner’s bag in Pattaya. The incident happened on January 1.

A Chinburi-based photographer told police that she had parked her Honda motorcycle near the footpath along Pattaya Klang Road whilst she was doing some shopping. She says she left the key in the ignition.

When she came back to her bike half an hour later later the motorbike was gone.

Passersby told her that a “caucasian that looked like a tourist” had got on the bike and driven away “as if he were the owner”.

Nattawut Damdong, the owner of a bar on Pattaya Sai 2 Road told police that the British man had come into his bar and ordered a beer. When he returned with the beer, Mr Frost was gone along with a bag that contained Nattawut’s mobile phone, 900 baht cash and some random papers and receipts.

Both victims filed a case at the Pattaya Police Station, conforming that the culprit was probably the same person. Mr Frost was identified and arrested three days later.

Mr Frost, who entered Thailand on new years eve as a tourist, at first denied the charges, but reportedly confessed when confronted by some of the witnesses. Police have charged him with theft of personal items and auto theft. Over 100 evacuated from Pattaya condo fire