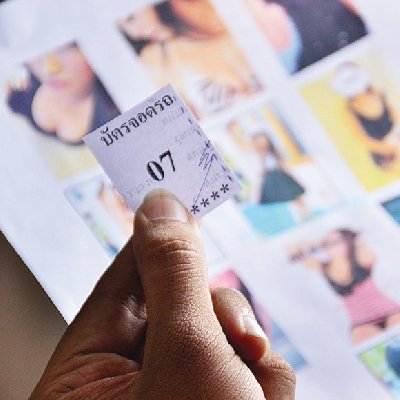 AYUTTHAYA: An underground lottery in Ayutthaya province has given new meaning to the expression “getting lucky”.

Top prize in the draw, which was becoming increasingly popular with male factory workers in the central Thai province before the authorities got wind of it, was a night in bed with a young woman.

Early this month Ayutthaya Police made several arrests connected with the case after it became a sensation in the Thai press.

Players could buy as many 30-baht tickets as they wanted. Whoever picked the winning number – there were usually several winners – could go to one of two hotels to claim their “prize”.

At the hotels, winners were reportedly given a booklet containing photographs of at least 10 pretty women aged 18-25 to choose from. Police said some of the women were factory workers themselves.

“Each time, I buy five or six tickets,” said one anonymous punter. “I think if I win it’ll be good value, as I’ll have only spent a bit more than 100 baht but I’ll be able to sleep with a young woman. But I haven’t won yet.”

Players could also reportedly buy “VIP” tickets that cost 100 baht each. Winners with VIP tickets were given the chance to sleep with attractive women who were claimed to be university students.

Dr Jiraphan Phimphan, chairman of the Ayutthaya Provincial Cultural Council, described the sex lottery as “disgusting” and said it dishonored women by valuing them at just 30 baht.

It was also damaging the image of the province, he added.

On April 1, police raided the two hotels, arresting four young women and a man who was involved in the lottery.

Police were expanding the investigation in an effort to arrest the sellers of tickets for the sex lottery, he added.