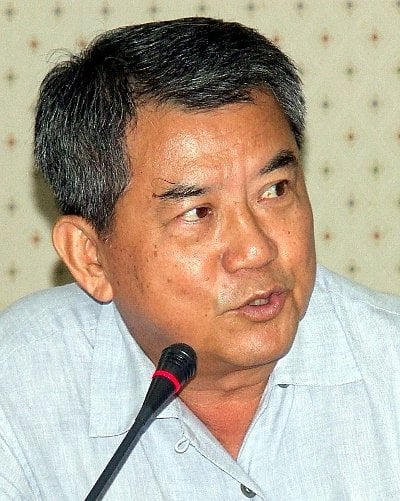 PHUKET: A long-term solution to the repeated blockading of Phuket Deep Sea Port by local taxi drivers is to be in place by mid-May, a meeting of local leaders announced today.

This morning marked the first gathering of representatives from 17 government agencies and private sector groups who are to establish a formal committee to deal with tuk-tuk and taxi issues that are harming Phuket’s reputation among tourists.

“At the beginning of March, 120 people from tour agencies held a meeting at the Grand Centara [hotel] in Karon. A representative from Travel Spirit, one of five biggest Australian tour companies, was hit in the head by a taxi driver at the hotel entrance. He [the driver] did not know the man’s company brings about 450,000 tourists to Phuket each year.”

News of the assault has been sent to Prime Minister Abhisit Vejjajiva, and Phuket Governor Tri Augkaradacha has expressed concern about it, he said.

“From now on there can be no more blockades at the Deep Sea Port. Right now the reputation of Phuket is absolutely ruined, as we can see from various websites,” Mr Methee said.

On this point Mr Bhuritt added that an internet search of the terms “Phuket” and “taxi” leads to as many as 40 different websites, blogs and discussion forums, all with very negative comments about Phuket.

“Right now tour groups from Scandinavia have already stopped coming to Phuket, opting instead for Khao Lak in Phang Nga,” he said.

The situation has deteriorated to the point where Phuket faces losing tourists to rival destinations such as Malaysia and Singapore, he added.

In the short term, local taxis will be given access to 50% of tourists disembarking at the Deep Sea Port, as agreed to in an emergency meeting following the blockade of luxury cruise liner Silver Spirit earlier this month.

To establish a long-term solution a committee will be set up to consider all the issues involved. Possible solutions might include requiring all black plate taxis to legally register and to set up a management system like the one at Phuket Airport.

Marine Office chief Phuripat Theerakulpisut said, “Right now our officers inspect the port area every day to prevent more blockades. I have already told the taxi drivers that if they cause any more problems they will drive away tourists and will no longer be able to earn income.”

Mr Phuripat will meet with local travel agents on May 4 to hear their views on the problem, he said.

Vice Governor Weerawat asked police officers at the meeting to keep an eye on taxi drivers in Karon.

The problem of taxi drivers harming tourists occurs much more frequently in Karon than in Patong or Phuket City, he said.