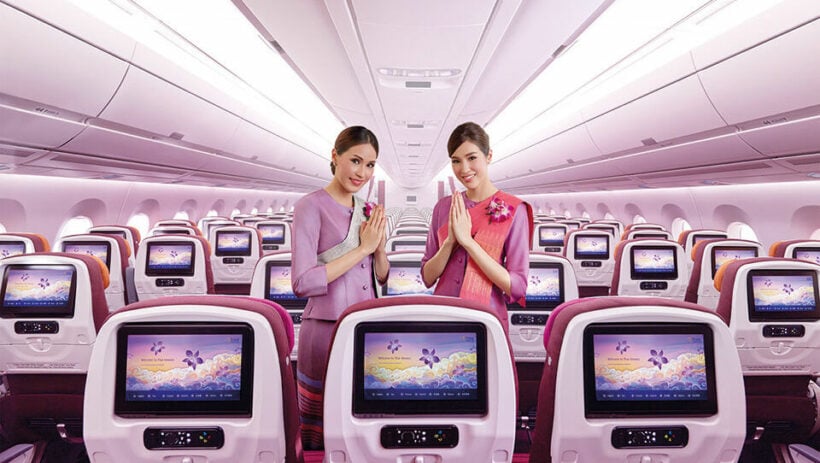 Whilst it’s always a generally pleasant experience flying Thai Airways, the airline, in a business sense, is a basket case racking up nearly a decade of losses, first under the Yingluck Shinawatra Government and then the military government of the NCPO.

Most people in aviation circles agree on the main challenges for the national carrier.

QANTAS was Australia’s legacy airline which had similar long-standing contracts and Union issues that made it difficult for the national carrier to compete in the modern aviation business. It battled for decades with the staff, all on cushy contracts, and the Unions were resistant to change as well.

So they started JetStar, a completely separate company headquartered in Melbourne, but under the wider QANTAS banner. It would take over the ‘leisure’ routes and compete as a low-cost carrier. As QANTAS slowly moved routes over to its cheaper subsidiary the parent airline had a much better argument to pay-out the older, uncompetitive contracts and lay-off the ‘old pot boilers’.

JetStar was not a glamorous airline and lacked the reputation and brand-love of the ‘flying kangaroo’ but, as a business strategy, was a winner for QANTAS and gave them options to modernise the national airline business. The CEO, Alan Joyce, came through Aer Lingus in Ireland then the failing Ansett Airlines in Australia to completely turn Australia’s national carrier upside-down. The strategy worked.

The model has been repeated by other national airlines.

Thai Airways sort of tried the same strategy with Thai Smile in 2012. The offshoot of the parent Thai Airways International, would fly leisure routes for the national carrier but it was still owned entirely by Thai Airways and wasn’t set up as a separate entity so was subject to much of the same ‘handbrakes’ that was holding back Thai Airways from competition in the modern aviation market.

Brand Thai Airways is starting to look a bit tired. The Thai smile, orchids, pleasant staff wai-ing to the camera is all a bit naff when most customers in 2019 are looking for a safe, efficient, on-time airline, at a competitive price. Let’s face it, the seating is much the same, give or take, in just about any plane now. Unless you have the deeper pockets and can afford to sit closer to the front of the plane, you’re in cattle class whether you’re on Thai Airways, Air Asia or RyanAir. A Boeing 737 or Airbus A320 is much the same aeroplane no matter who is flying it.

So what does Thai Airways have to offer customers these days that they won’t get on the many alternatives airlines flying on the same routes? Nice uniforms? A Thai stir-fry included in your airfare? (I’m battling to think of anything else…)

At the same time their website , whilst much improved in the past 12 months, is still a bit ‘clumsy’ compared to other airlines’, the fleet is starting to look a bit ‘tired’, the eight years of loss after loss is starting to noticeably weigh on the airline’s staff, and in many cases the airfares are simply too expensive.

Unless you’re a huge Thai Airways fanboy or fangirl, there are fewer reasons every year to keep flying Thailand’s national airline.

Thailand’s surging tourist industry, which despite a few blips this year will continue to grow, has provided a huge opportunity for Thai Airways to thrive and grow. Instead the airline’s management have squandered an enormous opportunity. Whilst calling for patience as they make (almost zero) changes, many other airlines have jumped into their flying space with newer aircraft, better promotions, cheaper flights and a better business plan.

If Thai Airways was a private company they would have been out of business a decade ago. Instead they keep coming back to the Thai government with their hat out for contributions to bail them out of quarter after quarter of losses.

The airline’s main backer, the Thai government, provides a massive disincentive for the airline to clean up the internal mess and modernise. Where’s the urgency to make the necessary changes when the government will always end up bailing them out? The airline has simply weaponised ‘saving face’ – the national carrier simply CAN’T fail.

But maybe the view of Thai Airways as a potential profitable business is old-fashioned and the costs to the Thai taxpayer should be seen as an ‘investment’ into the country’s growing tourist industry. Middle Eastern airlines are operated in this way where they make massive losses but provide excellent service on modern aircraft dragging tourists through and to their airports and destinations.

Now Thai Airways is asking for the Thai government to bankroll the purchase of new aircraft for its fleet. That the Thai Government seems in no rush to write out any more cheques to Thai Airways is a good indication that some hard decisions now need to be made.