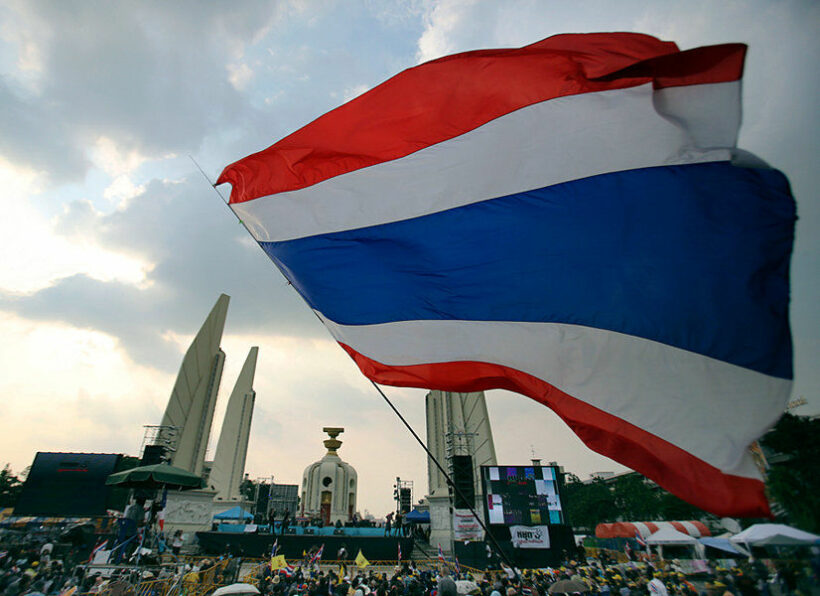 “The flames are rising. Let us be the ones who step in, before it is too late.”

Lyrics from the Prayut-penned ditty which was written to help “heal” Thais after the May 2014 coup. The event, some 6 and a half years ago now, brought then-General Prayut Chan-o-cha to the helm of the good-ship Thailand. Following the writing of a new constitution, a free election and some tinkering around the edges, Prayut still finds himself steering the ship. But the ‘happiness’ that was so lovingly predicted in the 80s-style power ballad, has not eventuated.

“All we ask of you is to trust and have faith in us. The land will be good soon.”

The plan to promote harmony through harmonies has fallen short of expectations for the embittered Southeast Asian nation that has had 2 decades of completely polarised politics that appear almost impossible to reconcile.

The constitutional monarchy, with its head of state, upper and lower house bicameral government, and swollen public service, limps from one election, to a new coup, to attempts to re-write the constitution – rinse and repeat. The voters became increasingly polarised after the entry into the political scene of the businessman Thaksin Shinawatra from 1998. His was the first populist government, using the cues of western democracies, by proposing a range of popular, although not necessarily useful, economic policies to woo the huge, untapped agricultural rump of Thailand. Thaksin became PM for the first time in 2001.

The peoples of Thailand’s north and north-east loved his promises of farm subsidies, loans and economic programs. The elite in Bangkok, the centre of Thailand’s ‘power’, didn’t.

Since 1932, when Siam became Thailand – land of the free – and the country’s monarch stepped aside from his previous ‘absolute power’, the country has had an uneasy relationship with democracy. The Thai Army, palace minions and well-intentioned career politicians had formed a loose sort of Thai-style alliance whereby they could maintain control of the country, as long as they were the ones making up the rules.

Thaksin’s election proved the inconvenient truth for the country – that when all Thais were able to vote freely, the elections always fell to the ‘opposition’, non-elite parties. So during the past 2 decades there’s just been a destructive cycle of election-coup-new constitution. Etc.

The 66 year old career soldier, Prayut Chan-o-cha, a notorious curmudgeon, has displayed both his softer side by penning the lyrics to “Return Happiness to Thailand”, and his temper with frequent outbursts at Thai journalists when they press him for answers (Thai media can be very persistent).

The song he wrote in 2014 featured lines such as “we offer to guard and protect you with our hearts” and “we are asking for a little more time,” set to music by the Royal Thai Army band. After May 22, 2014 – the date of the Army coup, all Thai electronic media had to play this at the top of the hour, every hour. Actually the Army seized all broadcasting for the first three weeks but even when they eased up on programming insisted we play this at the start of each hour. Eventually we sort of forgot to play it. 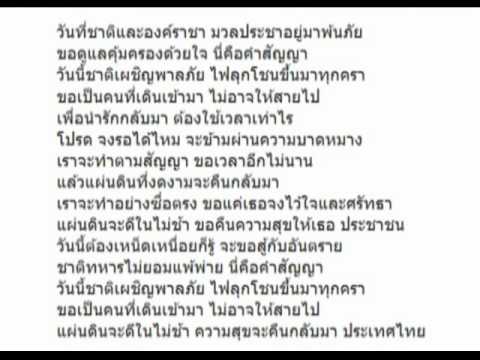 Colonel Krisada Sarika, head of the Royal Thai Army band at the time, said the head of the NCPO (National Council of Peace and Order) called him up and said he had the lyrics already written.

The May 2014 putsch was Thailand’s 12th since 1932. At the time the previous government’s supporters and opponents of the Coup were rounded up, journalists threatened, academics bullied and peaceful protesters dragged off the street just for flashing the 3-fingered protest salute. Civil servants were urged to betray colleagues voicing dissent and Thais were even warned against liking Facebook posts that criticised the military intervention. The Computer Crimes Act was enacted and has served as blunt tool to control online dissent since.

That 3-finger salute, inspired by its use in the The Hunger Games movie franchise, has re-appeared in the latest round of protests by students and government opponents.

In the movies the ‘downtrodden’ demanded freedom and elections from their overlords. Whilst the analogy is obvious, the situation is actually very different. Thailand has had one of the better runs, economically, compared to its regional neighbours, since 2014. Either by design or a bit of serendipity, the generals have maintained the peace and kept the Thai economy bubbling along. Of course the good times are now over for everyone as governments around the world batten down the hatches and ride out the Covid-19 pandemic.

Now the Thai people face difficult times ahead and their ‘happiness’ is certainly at a 6 year low. Not that the current situation can be blamed on the current government. But, despite the coalition’s ability to largely contain Thailand’s Covid-19 outbreak, the country faces a bleak economic future although it enters this next phase with huge reserves of cash, a stable currency and plenty of pent-up demand for the country’s major export – tourism. Whenever the gates are re-opened, Thailand will certainly be one of the beneficiaries of tourists eager to dust off their suitcases and head to somewhere there are beaches and a relatively safe environment.

As he heads towards his 7th year as Thailand’s leader, he’s still fondly referred to as ‘Uncle Tu’ by many of the Thai people. But there now seems to be a growing number that see him as a tyrant and unwilling to let go of the reigns of power and negotiate with his parliamentary detractors.

He seems even less likely to embody the sort of temperament that would allow him to sit down with the students and younger opponents, who are become increasingly vocal and weaponising social media – something the government have not done well (just 2 weeks ago the government made 2 expensive propaganda videos with slow-motion Thai flags, happy Thai smiles and lots of wai-ing.  The clips were promptly removed after being ridiculed by Thais as a waste of money, a bumbled attempt at government feel-good PR and received a 97% thumbs-down rating).

Whilst the country battles to find a safe way to re-open its borders and keep the wheels of its economy turning, its new challenge is to find a new path to happiness as the ubiquitous Thai smile appears to have turned upside down.

Thai PM Prayut hasn’t returned to his lyric-writing recently but probably needs to consider his next hit “The students are revolting”.

(not an official translation)