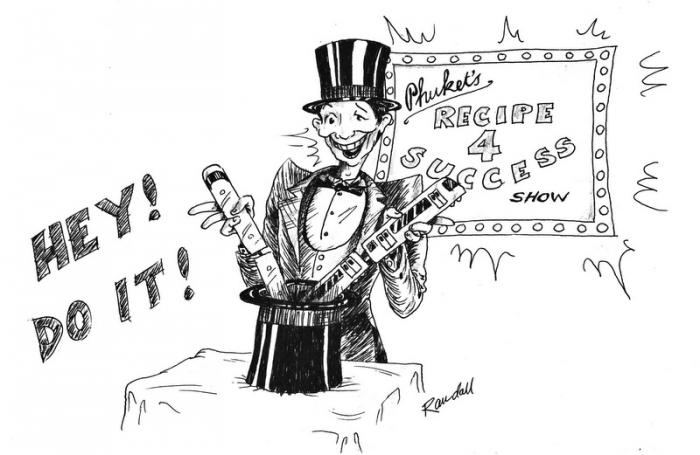 PHUKET: With so much media focus on the current government’s intentions with regard to democratic development, less attention is being paid to some fiscal moves that the administration has been making.

One significant piece of new legislation, which seems to have largely slipped under the media radar, was the Cabinet approval last month of a new Land and Building Tax draft bill. When promulgated, it will modernize local tax collection throughout the Kingdom. Academics have been demanding such legislation for decades as it would increase revenue to local authorities in a much more equitable and straightforward way than currently exists.

In terms of infrastructure development, numerous road-building ‘mega-projects’ are already underway across the country. Moving forward, the long-awaited Phuket light rail project is just one of at least 18 mega-projects the central government wants to open up for bidding by year’s end. The total investment of 1.6 trillion baht is aimed at stimulating the economy.

The potential for corruption here is, of course, a major concern, and the administration must do its best to ensure adequate transparency. Being realistic, though, if we use the graft levels of some previous elected governments as a benchmark, then keeping the inevitable skimming to simply ‘lower levels’ than we’ve seen in the past should certainly be an achievable goal.

There can be little doubt that the proposed Phuket light rail project, if and when it ever gets underway, would serve as a major boon for our all-important tourism industry. It is an undeniable fact that Phuket’s notorious public transport ‘system’ has been and remains a huge turn-off for prospective tourists, both foreign and domestic.

Thus, we support the effort by Phuket Governor Chamroen Tipayapongtada to expedite the drive to finalize plans for the project’s construction. This is probably the best, and possibly the last, chance the island will have to get such a system built. This is one gravy train we cannot afford to miss out on simply because some bureaucrats in Bangkok are too busy bickering over minor details.