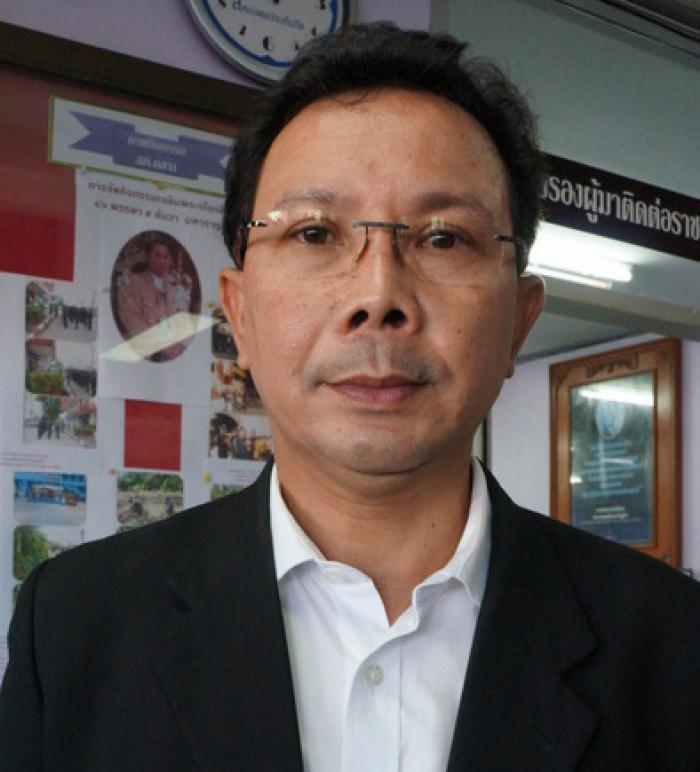 Phuket Senator Chaiyot Punyawai, 47, officially became Senator of Phuket on April 10. A graduate in law from Ramkhamhaeng University and now studying for his master’s in law, Senator Chaiyot works in a local law firm and is the president of the Phuket branch of the Lawyers Council of Thailand.

Here, Mr Chaiyot talks about the role of senators and how he plans to represent the people of Phuket.

PHUKET: There are a lot of problems in Phuket, but there are only a couple of issues that I consider as critical to improving the island in the immediate future.

One thing I’d like to see shaped up is the traffic problem – we have too many vehicles for the current number of roads.

The lack of public transport options in Phuket has forced every household to have some form of private transport, be it a car or a motorbike. Some households have several vehicles, and this is causing our huge traffic problems. The way to reduce traffic congestion is to provide public transport.

We need a bus network and taxi fares that are affordable. If we can provide cost-effective transport, then people will use it.

The other thing we need is for the law to be improved to protect tourism, as well as foreigners living here. For example, there are some loopholes that are exploited by people – Thais and foreigners – to set up businesses that target the foreign tourist market.

When the Asean Economic Community comes into effect next year, these loopholes will be open to be exploited by many more people coming here to set up businesses.

I have been actively involved with politics in Phuket and probably everyone already knows that I oppose caretaker Prime Minister Yingluck Shinawatra. However, as a senator, I have to put my political opinions aside and work with whoever is the prime minister in the best interests of Phuket.

As I now represent all the people of Phuket, my decisions have to be for the good of everyone, not just one group. I will do my best to perform my duties neutrally and to base my decisions solely on information and facts.

One of the jobs of a senator is to approve laws proposed by Members of Parliament. I’m a lawyer and am very familiar with Thai law; this will help me to do the job well.

As I see it, my task will be deciding which laws are good for the Thai people and which are not. For example, in my opinion, the amnesty bill was not a good law. It was rightfully not approved by the Senate.

When I decide on a law, I’ll have to think deeply about its effect on people and its ramifications. These decisions are important because laws build the foundation of our society.

Another part of my job is scrutinizing the legislature and making sure they’re acting in accordance with the law.

Being a senator is an important position and requires honesty and a focus on the common good rather than personal gain. Senators must be free from graft.

It’s difficult for the government to work right now because we don’t have MPs and there seems to be no way to elect them. I’m not sure how we will get our work done in the foreseeable future.

Still, I am optimistic about the country and about Phuket, and I’d like to thank the people who voted for me. I will do my best for Phuket. Please be patient as I learn my new job.