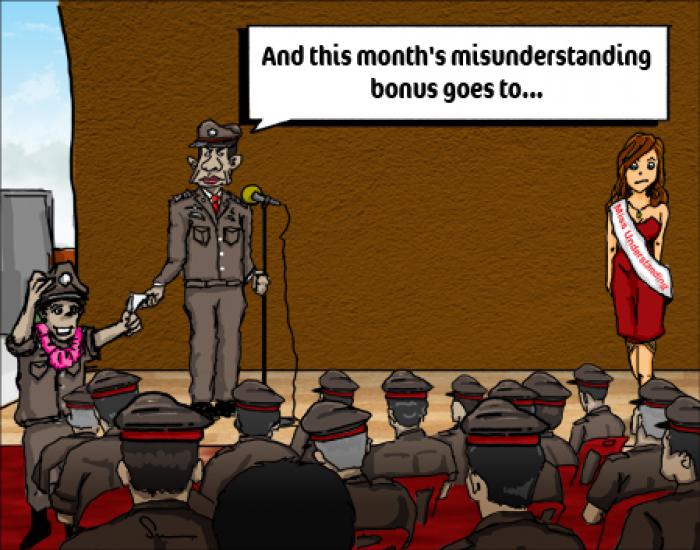 PHUKET: Few stories in recent memory better reflect the collective failure of local police to maintain law and order than the recent blockade of Thepkrasattri Road by residents of Thalang (story here).

The closure paralyzed traffic in the north of the island for more than eight hours, inconveniencing untold thousands of visitors – many of whom will never choose to include Phuket as part of their travel plans again.

The crime which precipitated this sad chain of events was indeed heinous: the attack by two teenagers against a young woman, whom they robbed and raped at roadside, over her cries for mercy because she was pregnant (story here).

The very nature of the crime no doubt struck a chord with local residents, who are no strangers to blockading the island’s central artery whenever they feel that justice has been denied, or injustice applied, to members of their tight-knit community.

Repeated blockages of a section of Thepkrasattri Road following accidents at the dangerous curve near the off-ramp to Kor En Village over the years attest to this fact (story here).

In this case, their actions were clearly inappropriate and misdirected. Allegations of police brutality against three local youths who police questioned during their investigation were subsequently shown to be false, showing just how quickly clear communication – and then law and order – can break down in this era of ‘protestocracy’ (story here).

It also shows just how impotent the police are in such circumstances. Indeed, it is official action – or lack thereof – that remains the most common cause of public protest in Phuket, even despite all the political turmoil of the times.

The horrific crimes against the pregnant mother of two can’t be compared to the inconvenience experienced by the thousands stuck in traffic due to the roadblock. Nonetheless, those thousands represent the cash flow necessary for Phuket’s tourism industry, which in no small way supports the country as a whole.

And this roadblock is not an isolated incident – just last Sunday, residents blockaded Chao Fa West Road to urge officials to fix a dangerous curve in the area (story here). Tuk-tuk blockades are well known to islanders – the most recent, in Patong on March 3, claimed police persecution and lasted five and a half hours (story here).

For the sake of the island’s future, the Phuket Provincial Police need to establish a special emergency response team to better deal with such road blockages which, due to past inaction, seem to be increasing in frequency every year.