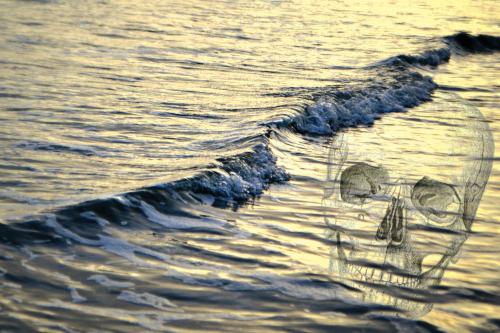 PHUKET: A few weeks ago I was swimming at Racha Island, in Batok Bay. When I got out past the breakers I found myself face-to-face with a Chinese man on a boogie board. He immediately struck up a conversation with me, asking where I was from.

After determining that I do not speak Chinese and have no plans to visit China, he shifted tack and started naming some of my famous countrymen: Barack Obama, LeBron James, Michael Jordan. Having cemented our bond in this way, he invited me to swim farther out into the bay with him.

“Yes,” he said, and after the briefest pause he pointed down at his boogie board.

What exactly that gesture meant, I’m still not sure, but I decided it was not in either of our interests to swim deeper together, and I bid him adieu.

On October 1, Lin Hunhing, a 30-year-old Chinese tourist on a day trip, drowned in the same waters. He was the fourth Chinese tourist to drown in Phuket since June 18. Tourists from China have been drowning here at twice the rate of any other nationality.

The challenge of attracting visitors to our lovely beaches while at the same time warning them about our dangerous waters might seem an impossible marketing challenge. But is it?

The Chinese are a captive audience. One reason they are flocking here in record numbers is that Thailand is one of the few popular tourist destinations that allows them to get a visa on arrival. The TAT and the Phuket government needn’t worry about scaring them off. In fact, a bit of scaring might be in order, and I speak from experience.

On the rim of the Grand Canyon in the US, at the head of perhaps every trail leading down into the canyon, are posted grim warnings of the fatal risk of hiking too far in the extreme heat without sufficient water supplies. The National Park Service emphasizes its point by posting photographs of people who have died while hiking there, and they are careful to note that some of the victims have been young and athletic; one was a marathoner.

Those photos had exactly the desired effect on me.

So how about creating a brochure with pictures of the dead, names, ages, and brief circumstances of drownings, to be handed out by tour companies?

We want tourists to come here, but we want them to go home again too.