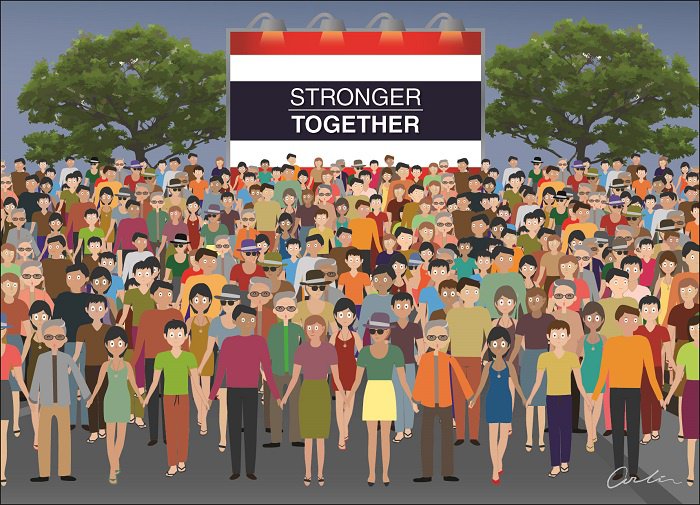 PHUKET: Authorities here in Phuket have acted sensibly in the wake of the recent terrorist bombing at the Erawan Shrine in Bangkok, stepping up security at popular tourist destinations across the island and urging the public not to unduly panic or believe everything they see in social media.

Sadly, in this case, it was not only the social media where unfounded conjecture took place far ahead of any proven facts.

Soon after the blast, easily the worst terror incident in the country’s history, at least one domestic media source quoted ‘unnamed police sources’ as saying that those responsible were Uighers, a Muslim minority group in western China who feel they face persecution by the ruling Han Chinese.

The ‘reasoning’ in this case, stated with no backing evidence whatsoever, was that the attack was retribution against the Thai and mainland Chinese states for deporting a group of some 90 Uigher refugees back to China last month. The Erawan Shrine was therefore chosen because it is popular with Chinese tourists – or so it was reported.

Subsequent Facebook reports by one well-known expat resident in Bangkok stated that a Uigher suspect had already been captured. The reports quickly proliferated, only to be debunked soon thereafter.

Other groups quickly thrown into the conjecture cauldron included the usual suspects: anti-government insurgents fighting for independence in the Malay-Muslim majority Deep South; ‘red-shirt’ forces aligned with ousted former premier Thaksin Shinawatra; and even rogue forces within the Thai security apparatus itself.

As the current issue of the Phuket Gazette went to print, the identity of those responsible remained (and still remains) unknown, although CCTV images of a man who apparently left behind a backpack at the site provide hope that the perpetrator (or perpetrators) will be captured soon, not only to be brought to justice, but also to put a lid on the bubbling cauldron of conjecture.

In its nightly news segment on Tuesday night, the National Council for Peace and Order did a good, straightforward job in updating the public about the situation regarding the blast, with interpretation in English and Chinese. Hopefully, additional evidence recovered at the scene of a second, thankfully botched, bombing at the Taksin Pier the following day will help investigators to close in on those responsible.

Out of respect to the victims and their families, the Gazette would like to support the government’s call not to share, or even ‘like’, graphic images of the injured and deceased that have gone viral in the social media in recent days.

Rather, we hope the island’s expat community and English-speaking Thai community will use social media to help paint a clear picture about the security situation on the island as the high season for tourism draws near.

Last but not least, we offer our sincerest condolences to the victims and their families in this time of terrible grief.