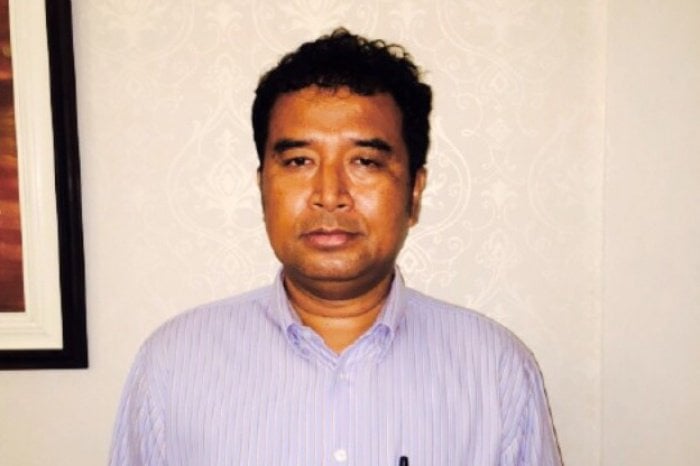 Here, he talks about the ever-worsening traffic congestion on the island and how quick and efficient improvements to infrastructure can help to ease island-dwellers’ journeys and improve life on Phuket.

PHUKET: The number of tourists visiting Phuket and others moving here to work is steadily increasing. As a result, more and more vehicles are being driven on the island, which adds to the ever-worsening traffic congestion.

Improvements to Phuket’s infrastructure are therefore imperative, and the Department of Highways (DOH) must always be thinking ahead and working to solve the island’s traffic problems.

Each year, we add an average of 4-5km of road. However, we much prefer to improve and develop the roads that we already have, rather than build new ones.

According to our research, if we do not upgrade Phuket’s infrastructure in the next five to 10 years, traffic congestion will become very serious at some of the island’s busiest locations, such as the Central Festival intersection, Samkong intersection by Tesco Lotus, Chalong Circle, Bang Ku intersection in Koh Kaew and the roads near Phuket International Airport.

As a result, the DOH has put a lot of energy and focus into improving Phuket’s roads, and budgets have been approved and awarded to carry out these improvements.

We have seen a great decrease in traffic congestion at the new Darasamut Underpass near Central Festival Phuket since its completion earlier this year. We expect the underpass at the Samkong ntersection near Tesco Lotus will be finished by the end of this year and that it will also have a positive effect on congestion in that area.

We are now preparing to build the Chalong Circle and Bang Ku underpasses. The projects are now under auction, which means we are trying to find a contractor to take on the projects.

We expect they will break ground within three months. The other projects will begin once these are complete.

It often takes a long time to complete the projects, and often it seems as though things are not moving along very quickly. There are a few reasons for this.

For one, the geography of Phuket makes constructing and improving roads very difficult and it slows down the process. We must be very careful and precise during the construction phase to ensure that the roads are built safely and up to standard. This can also increase the price of the project.

The high price of land here is also a problem. The DOH has limited land on which to build infrastructure-related projects. Sometimes, it must expropriate land from private owners. This process is complicated and expensive, as many people – especially in Phuket – prefer to keep and use their land for their own benefit, rather than hand it over to the government. It takes time to negotiate with them.

It is important that everyone understands how necessary these roads and improvements are for Phuket, not only for smoother transportation for tourists and locals, but also to move the economy forward and improve overall lifestyle on the island.

Tourists will enjoy Phuket more if transportation were more convenient, and locals and expats can get where they need to go quicker, with more ease and less traffic.

We apologize for any inconvenience caused while these projects are undergoing construction. After the projects are complete, we hope that everyone is able to use the roads more efficiently.