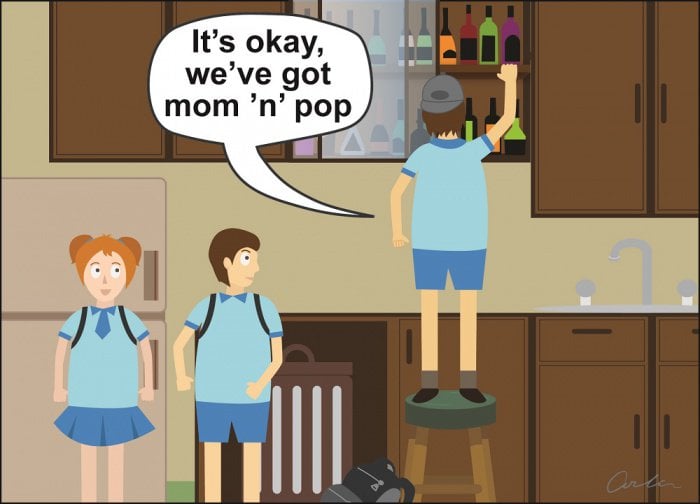 PHUKET: The recent order by Prime Minister Gen Prayut Chan-o-cha confirming that the basic terms of the controversial Alcohol Control Act of 2008 will remain unchanged comes as great news for “mom-and-pop” store operators across the nation, as it ensures that they will maintain their most important competitive advantage over increasingly powerful chain store competitors: the ability to sell alcohol to anyone, at any time, with impunity.

As reported by the Phuket Gazette last week (story here), the order upholds the rule that retail alcohol sales be restricted to two periods of the day: from 11am until 2pm, and from 5pm until midnight.

The measures date back to a previous military government in 1972, that were then dusted off by former prime minister Thaksin Shinawatra during the height of his “social engineering” campaigns, led by his Interior Minister Purachai Piemsomboon.

Almost 10 years on, there have been no empirical studies to suggest that these ‘forbidden sales’ times have had any significant impact on alcohol consumption by minors; yet they remain on the books.

The restricted sales hours, which make up just a small part of the Act, need to be revised. They inconvenience a number of alcohol users who drink responsibly and penalize businesses that play by the rules, while benefiting those that break them and, as a result, create a climate of impunity. Many of the aforementioned mom-and -pop shops also regularly violate other laws, such as selling cigarettes to minors and serving as key hubs for the sale of underground lottery tickets.

Tacitly allowing this to continue is hardly the kind of message to send to a society that has corruption as its greatest obstacle to success in an increasingly competitive global marketplace.

The police themselves freely admit that they lack the resources to enforce the alcohol sales restrictions.

No province has suffered more over the past decade under these measures than Phuket, which has a bustling mass of tourists unaware of the purchasing restrictions and looking for a party at all times of the day.

Doing away with the three-hour gap and allowing sales from 11am straight through to midnight would save consumers and retailers alike a great deal of wasted time and frustration. It would also have little impact on teenage drinking, since minors who want alcohol currently have no problems at all in finding it, thanks to mom and pop.

Opinion: This isn’t a game of musical chairs