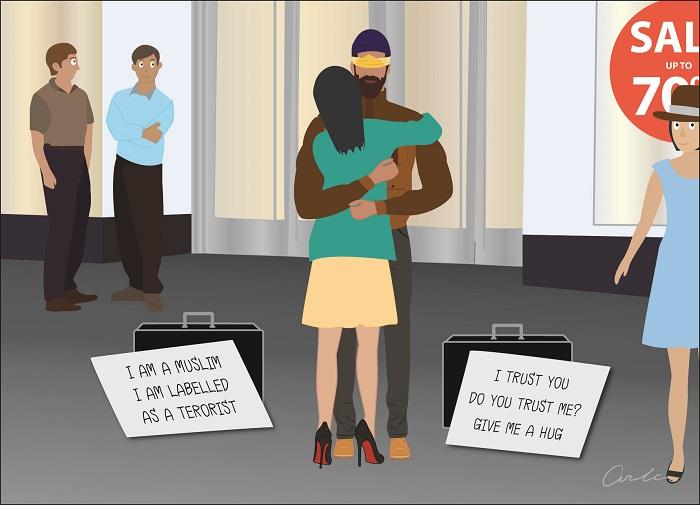 PHUKET: With so much media attention being placed on developments surrounding terrorism and the Islamic State (IS), it is important for us here in Phuket not to get sucked into all the anti-Islamic fear-mongering and religious intolerance sweeping through many western nations these days.

As the current edition of the Gazette went to press, firebrand United States presidential candidate Donald Trump had once again managed to put his name at the top of news search engines with his controversial call for a blanket ban on allowing any and all Muslims to enter the US.

That such a ridiculous and unenforceable measure as this could gain traction in a country that was founded on the principle of religious freedom, says a great deal about the level of fear in the US following a slew of terrorist incidents globally for which IS has claimed responsibility.

Here in Thailand, we have also seen over-the-top, anti-Islamic rhetoric by a well-known monk who made a Facebook posting calling for one mosque to be burned to the ground for each Buddhist killed by insurgents in the Deep South. It is indeed sad to see the leader of a religion that is supposed to focus on introspection, non-violence and inner peace, fanning the flames of war with the same fury as the IS propaganda machine.

Of the more than 6,200 killed in incidents related to the insurgency since it flared up in January 2004, the majority have been Muslims – not Buddhists. In fact, the conflict has little to do with religion apart from the fact that the insurgents happen to be Muslims.

The insurgents themselves largely admit that the Thai state has not hindered their ability to practice Islam, which holds social cohesion as sacred. Indeed, Thailand is one of the few nations on the planet that provides financial support for Muslims making the Hajj pilgrimage to Mecca.

Here in Thailand, there is little or no evidence that IS has infiltrated major separatist groups like the Barisan Revolusi Nasional (BRN) or had any significant recruitment of radicalized Muslims to travel to the Middle East to take part in the war on behalf of IS.

Nonetheless, the threat of an IS attack in Thailand is a legitimate concern that the authorities have to take seriously. However, from a broader perspective, we cannot allow any actions by IS, no matter how deplorable, to fan the flames of hatred and religious intolerance – because that is exactly what the terrorists want.