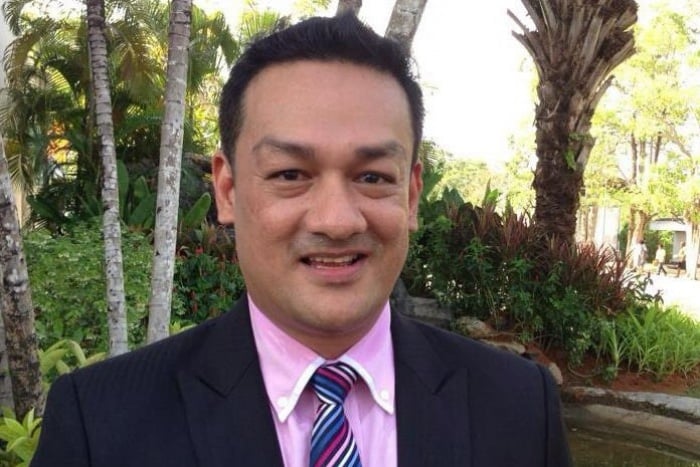 Phanuphong Limbuprasertkul, 46, is the president of the Phuket branch of the Thai-Nepalese Foundation, officially called the Shree Bhagawat Dhaam Sanatan Mandir Foundation, which is located in Patong. Mr Phanuphong was born in Kanchanaburi, and has lived in Phuket for the past 24 years.

Here, he talks about how important it is for citizens of the world to come together to help victims of a natural disaster, like those of the April 25 earthquake in Nepal.

PHUKET: We cannot prevent a natural disaster from occurring. When one strikes, though, we as a global community should do as much as we can to help.

Thousands of people have died as a result of the earthquake in Nepal, and thousands of people are still in urgent need in the areas worst hit by the 7.9-magnitude quake. It is difficult to believe something like that occurred and caused so much damage to the country and its people.

It is these terrible disasters that show us humans will never abandon their brothers and sisters around the world during times of need. We will always be there to help each other. Nationality, religion and language do not make a difference. Love for mankind will bring us all together.

No one can ever know who will be the next victim of a tragedy, but we will always be there for each other, to help each other get through the pain and suffering.

About 2,500 Thai-Nepalese people live in Phuket. Most of us are from Myanmar and have never been to Nepal, but Nepal is our mother country. It is where our ancestors come from. We will always feel a connection to the land and people there.

We were quick to inform the Nepalese embassy about this, and how upset many Thai-Nepalese people were about the slow reaction to the disaster by our home country. We were not the only ones who complained, and now the government has taken steps to speed up the process of releasing aid supplies to the disaster victims.

Some of the items sent over from various countries needed to go through customs. In a normal, calm situation, this is fine. However, when it comes down to a tragic time of need like this, the most important thing is to get the survivors what they so desperately need.

These supplies must be passed on to the victims as soon as possible so they can survive and start to heal.

Other than making sure affected people get the help they need, it is imperative that relevant authorities – whether they be Nepalese or international – help to rebuild our buildings, as they represent our heritage and our culture. Those buildings had been standing for thousands of years. It is important that they be renovated and restored.

I have been living in Phuket for more than 20 years. It is my home. However, I will not forget where I came from. I and the other members of the Shree Bhagawat Dhaam Sanatan Mandir Foundation have vowed to do our best to relieve the pain of the earthquake survivors.

We would like to thank all Thai people and every government department and business that gave up their time and money to help our people. I do not know what to say, except thank you to everyone, from the bottom of my heart.