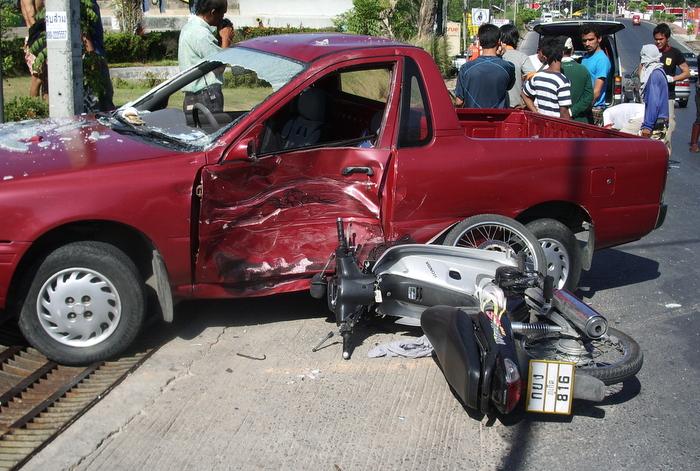 PHUKET: I don’t tend to be a conspiracy theorist. However, it is evident that motorbike drivers in Phuket have some sort of LINE or Facebook group in which they plot how to subtly commit suicide and irritate those of us with cars.

The only other explanation is the hundredth monkey effect, which is described on Wikipedia as “a purported phenomenon in which a new behavior or idea is claimed to spread rapidly by unexplained means from one group to all related groups once a critical number of members of one group exhibit the new behavior or acknowledge the new idea.”

Just today there was an old man – the fact that he has made it to such a ripe age beguiles the imagination – ghost riding down the fast lane of Thepkrassatri Road, which is, without a doubt, the island’s most dangerous stretch of asphalt. Tootling along in a relaxed manner with a toothpick sticking out of his mouth, the man was vexing anyone in a car, as well as haunting them with the anxiety of a potential crash – which would cause them to be terribly late to wherever they were headed.

If this were some sort of isolated event, it could be written off as Alzheimer’s Disease, elderly confusion or simply as a psychotic disregard for one’s own life and well-being. But it isn’t. This old codger most likely was pecking away at his smart phone in some LINE group scanning numerous suggestions as to which method of motorbike transport would incite the most anxiety in those rich buffoons capable of buying a four-wheeled vehicle.

The standard consensus of course is that taking the entire family out – newborn babe included – ghost riding at night without headlights is the way to go, as any accident ups the ante for oncoming motorists in terms of meeting their god or being reincarnated.

Before this becomes misconstrued as a slanderous conspiracy against Thai motorists, it should noted that there is without a doubt an English-language version of such a LINE group, or perhaps more likely Facebook.

It is almost as if tourists arriving on the island sign up for the group as a bit of a holiday laugh when they land at Phuket International Airport. Expats aren’t exempt from dabbling in the dark art of antagonizing car drivers either. They are well aware that the swerving of a drunk driver on a motorbike can chill the heart of any oncoming drivers.

I beg. Hear me? I beg motorbike drivers to stop. Stop with the focused attack on our mental and physical well-being. Just because someone has a car, doesn’t mean that he or she is a bad person, deserving of such incessant torture. Stop with the colluding, before the anxiety drives me into depression and my blood pressure takes me soaring to heavenly heights.