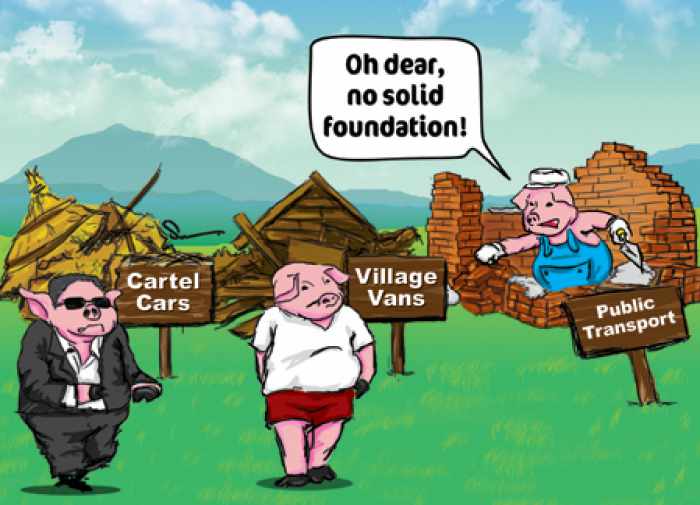 PHUKET: It may have taken military action, but the long-overdue purge against some of the island’s most notorious transport syndicates is, hands down, the best news the island has had in decades.

While the Phuket Gazette remains cautiously optimistic – and staunchly secular – we cannot help but join our readers in rejoicing that something is finally being done about the subject that has been the most fertile of grounds for futile commentary in this space – until now.

If ever there were a good riddance, this is it. The potential benefits to the island – if the results of this unprecedented drive can be consolidated, maintained and perhaps even extended – are innumerable, transcending any form of economic accounting.

For long-suffering resort owners and other legitimate tourism business operators, the feeling engendered must be like that of the Munchkins after learning the Wicked Witch of The East was at long last dead in the classic 1939 film The Wizard of Oz.

But as the main character of that film quickly learns, the road ahead is fraught with mystery.

History here in Phuket clearly shows us that a few arrests and the mere physical removal of some illegal taxi stands in key locations will do little if the self-entitled and thuggish “mafia mentality” is allowed persist, supported as it always has been by corrupt and greedy politicians and government officers.

Just look at what happened after the 2004 tsunami disaster, when scores of tuk-tuks and taxis were damaged or destroyed, their stands swept away. Soon after the initial shock and the emergency cleanup and grieving had passed, there was for a period an unexpected collective feeling that the public transport in Phuket could make a new start, becoming better than ever.

But that never happened. In fact, the situation on the street got worse. The forces of greed and corruption quickly resurfaced and restored the pre-existing status quo, then quickly turned Phuket’s public transport situation into an international laughing stock and the cause of innumerable disputes, incidents of violence and even outright murder.

The “right” to operate outside the law had attracted thugs and mafia types from across the country, with multifarious negative effects on the island’s tourism industry.

The key now is to prosecute those responsible in a fair and transparent way, but rejecting bail requests to prevent the guilty among them from regrouping and resuming their illegal activities. This will render a precious window of opportunity during which a long-overdue overhaul in our public transport sector can be put in place and consolidated.

Key objectives must include a dramatic expansion in the number of legitimate metered taxis that can pick up passengers anywhere on the island, the establishment of simple songthaew (country bumpkin bus) routes in key locations where they mafia never allowed them to run before: such as a circular around Patong, as well as one from that town to Karon and Kata, to name just a few.

A major overhaul is also needed at Phuket International Airport, freeing the island main tourism gateway from its legion of smarmy crooks dressed in batik and replacing them with a group of service-minded professionals prepared to pick up fares anywhere on the island, at any time – without fear of reprisal.

Last but not least, the key role in all of this will come down to whether the latest major shakeup will effect a real, long-lasting change not only in the way traffic police enforce the law, but in the way drivers respect it.

We certainly hope it does.

The Gazette would like to thank the island’s honorary consuls, the Phuket Tourist Association and others responsible for their persistence in finally getting this much-needed action to become a reality.