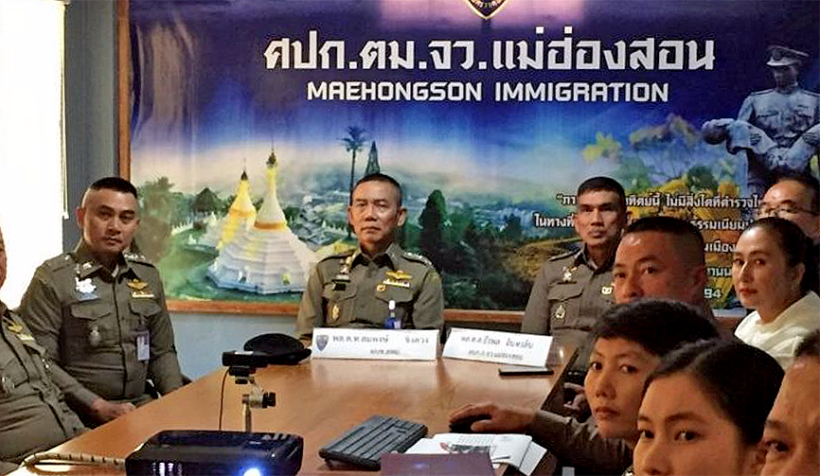 The head of Thai Immigration has told his department not to be too strict on tourists and scare them away from returning to Thailand. According to PattayaOne, the Chief has asked for his staff to “show some humanity”.

Lt-Gen Sompong – also known as Big Oud, after his predecessor was nicknamed Big Joke – was doing a presentation during a visit to his team in northern Thailand’s Mae Hong Son this week. His words will now reverberate around the tourism sector and expat circles after a period of tightening the screws of enforcement for tourists and expatriates.

During his presentation, with media present, he stated plainly that Thailand needed tourists’ money. Whether he will roll back his welcoming rhetoric in future statements to the media is yet to be seen.

The words are a new attitude from the Immigration Department that for years trotted out its “good guys in, bad guys out” message. The new message appears to be “please come back to Thailand… we need you”.

He told northern Immigration staff not to be over-zealous.

“Follow the government’s directives and abide by the law and due process, but don’t be too strict and scare away the tourists and other foreign visitors.”

He pointed out that immigration staff have a job to do as police “but immigration officers should not be a hindrance and should show professionalism with humanity and compassion”.

“The tourists bring in a lot of money, and we need it.”