At around 2.30am today a fire broke out leading to the destruction of an iconic building at the centre of Mae Hong Son province (northern Thailand), including the house of a Phalang Pracharat Party member of Parliament (MP).

The blaze started at the Crossroad bar, a 70 year old building made of wood and located in the city centre near Methi Hotel. 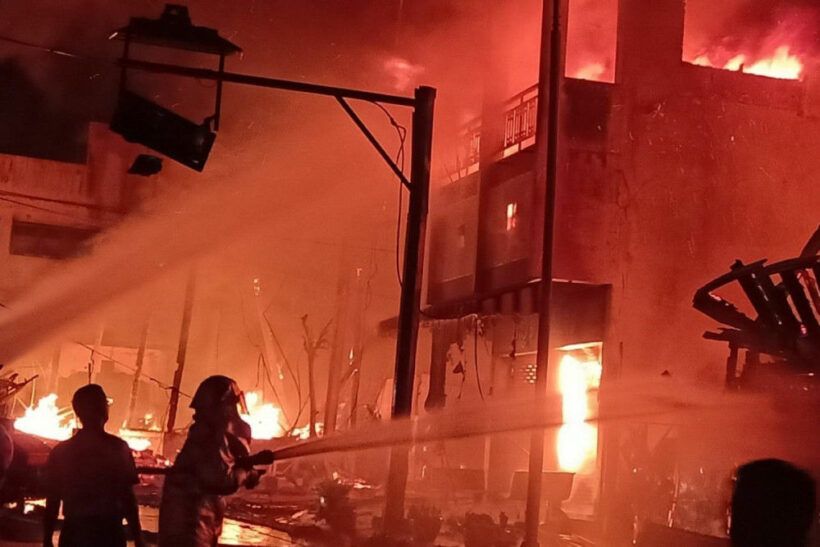 The fire then quickly spread to four adjacent buildings, including the house of the MP.

The fire department sent by Mae Hong Son Municipality could not control the flames so they called for help from neighbouring sub-districts to bring more fire trucks.

Governor Suwaphong Kitiphatphibun later visited the scene to check the situation. He said because the fire had started in the heart of the town, the damage was serious. It was 4.20am before the fire was eventually put out.

Estimation of total damages and the cause of the fire is underway. However, it is predicted by the local news source ‘Thai Rath’ that the value of the damages will exceed 50 million baht.