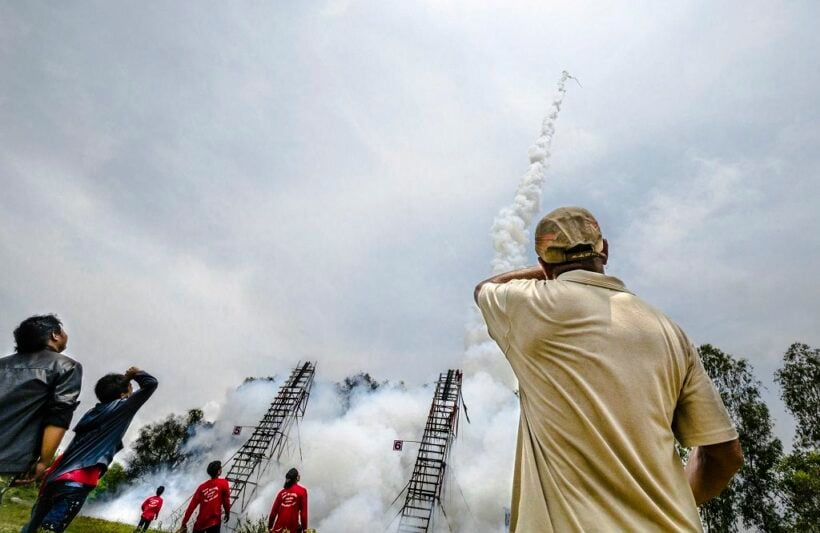 A local north-east rocket festival entry has made an unexpected landing, into trees hanging over a road, then dropping straight into the passenger seat of a passing pick-up.

The rocket, part of the annual Bun Bang Fai rocket festival in Suwannaphum district of Roi-Et, was a wayward entry that ended up in a tree after being launched. Over the two days of this years festival some 30 home-made rockets are fired into the skies to encourage the ‘water gods’ to start dropping rain on the north-easter rice-growing plains.

This rocket was made out of 5″ PVC pipe, 3 metres long and with a ten metre tail.

Heading home after the second day of the festival it started to rain. This dislodged the rocket that landed in a tree and crashed through the front windscreen of the pickup.

Now the locals are queuing up to buy lottery tickets that includetwo numbers – ‘516’ the last three digits of the pick-up number plate and ’27’ for the entry number of the rocket.

This was the second incident during the annual rocket season in the north-east. A spectator also died when a rocket fired into a crowd as it was being prepared for launch. 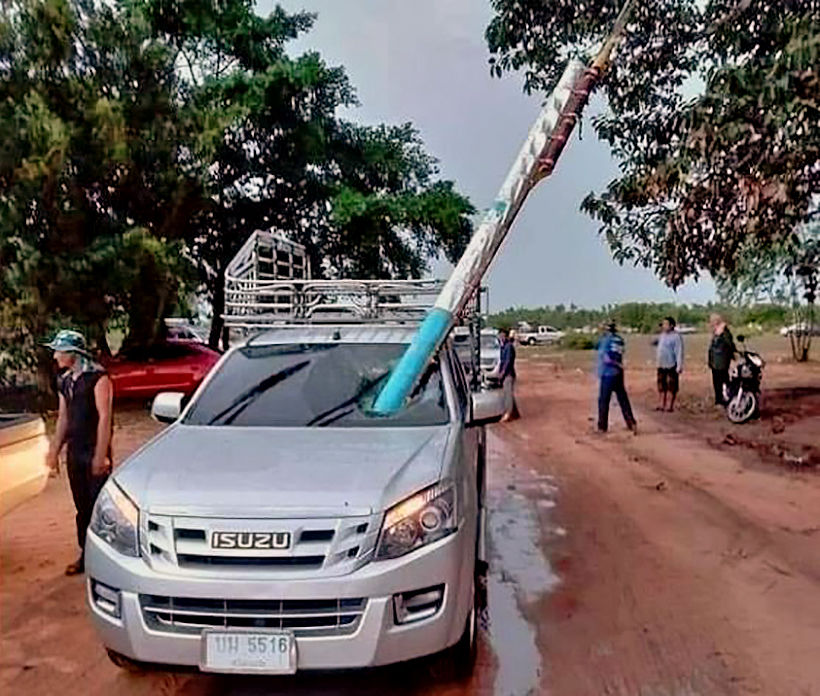