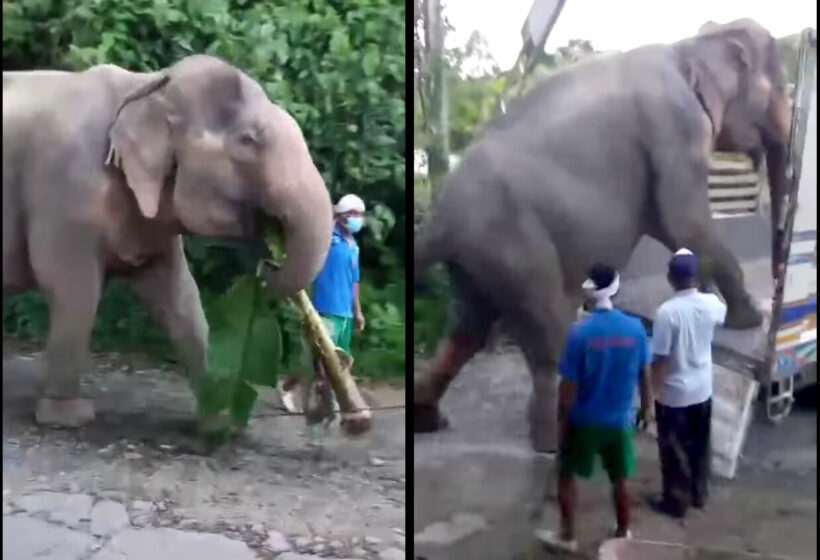 An elephant that was stolen 18 years ago was just reunited with her original owner after a Supreme Court ruling. The now 72 year old pachyderm was stolen from its Surin home in January of 2003 before being sold off to an elephant kraal – an enclosure that collects wild elephants to tame them, used for hundreds of years.

The thief had fetched 1.4 million baht for the sale of the elephant while the frustrated original owner gathered documents in order to prove that the elephant named Pang Yo belong to him. The purchaser of the elephant in Phuket refused to return her even after the proof was presented.

A years-long battle through the legal system ensued before the Supreme Court ruled on Wednesday in favour of the original owner. They declared that the elephant that has spent 18 years in captivity be returned to the original owner.

The owner expressed joy to rescue the elephant from being used for any sort of labour or tourist rides, saying she is now an old lady and needs to take it easy.

The elephant was loaded up onto a truck after the owner won the Supreme Court case on Wednesday and sent across the country on the long journey from Phuket to Surin. Upon arriving at her original home, she was transferred to an elephant study centre at Rajamangala University of Technology’s Surin campus.

Pang Yo will live out the rest of her elephant life in this permanent home as a living example for elephant study. Elephants have a life expectancy average of about 65 years though Asian elephants have lived into their 80s with the oldest known elephant dying two years ago at the age of 88.

Still, after all these years her owner emotionally welcomed the elder elephant back to enjoy her sunset years peacefully.

“We may have grown apart just a bit but it’s well worth the 18 years of waiting. No one will ride her and she won’t be put to work.”

Disenfranchised
Should have sent for Tony Jaa !
Stonker
Good for Mr Chob - and good luck to Pang Yo in her winter years.
HiuMak
Justice prevailed after 18 years. Glad that the mammoth will be well taken care of in its retirement.

MrStretch
5 minutes ago, HiuMak said: Justice prevailed after 18 years. Glad that the mammoth will be well taken care of in its retirement. The fact that it took 18 years is a crime in itself.

Bluesofa
17 hours ago, Thaiger said: An elephant that was stolen 18 years ago was just reunited with her original owner after a Supreme Court ruling I wonder if at the time of the theft anyone had distributed any 'missing elephant'…