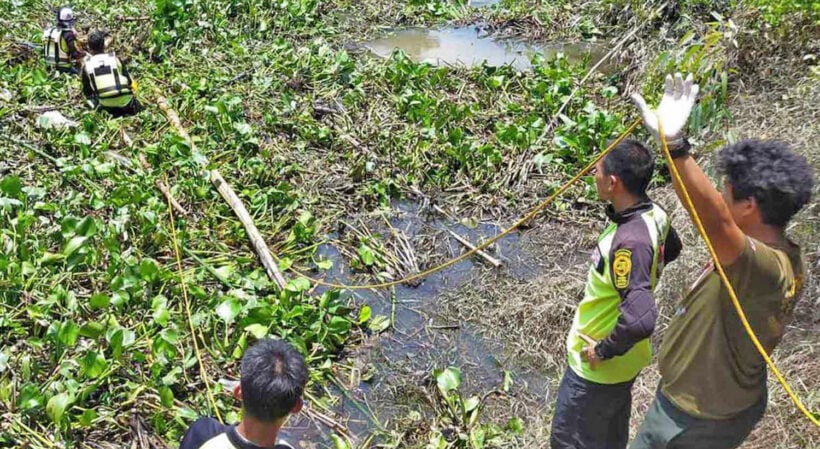 Police In Isaan’s Kalasin province announced today that the body of an elderly woman, who fell into Lam Pao stream in the capital’s central district and was believed drowned, was found.

On Friday, 76 year old Chan Phonpradit, and her 42 year old daughter Malaithip, went fishing on the bank of the Lam Pao stream near a low dam at Don Sanuan village.

Both women fell into the stream. Malaithip managed to swim to safety but couldn’t help her mother, who disappeared into the swift current. She was believed drowned.

A search was launched the same day by a team of divers from a local rescue unit.

Chan’s body was found at around noon today about, 2 kilometres downstream from the weir.