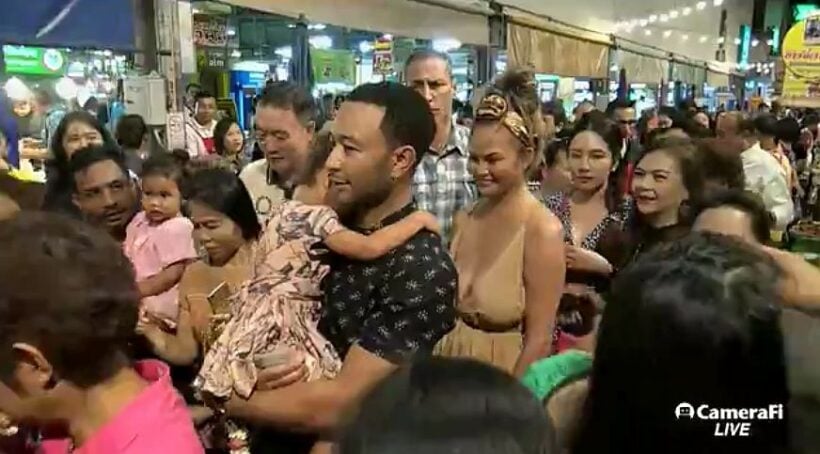 American music legend, John Legend, and his Thai-American wife Chrissy Teigen headed to a Nakhon Ratchasima food market only to be surrounded by locals trying to get a quick selfie.

The army of fans surround the musician, his wife and daughter to follow them around the market in the 25 minute Facebook post. It was smiles all around but as the video wears on so does the patience of the American singer whose only protection appears to be a plain-shirt body-guard who is at least 40 centimetres taller than everyone around him (he doesn’t stand out at all).

A Thai policemen comes to their rescue and helps escort them somewhere a bit quieter.

Legend’s model wife Chrissy Teigen is seen almost wearing her dress as any number of wardrobe malfunctions appear moments away from happening throughout the video.

The family were reported to have visited a number of famous Korat landmarks during their visit to the area.

Legend performed in Bangkok in March 2018 this year as part of his Darkness and Light tour.

How to raise rats and other livestock: lessons from a north-eastern school