Khon Kaen police have seized 500 kilograms of marijuana after a pickup truck overturned in Khon Kaen’s Ban Phai district early today. But no arrests have been made as yet.

The Nation reports that Pol Lt Gen Surachai Khuantejakup, commissioner of the Provincial Police Bureau 4, told a press conference that the 500 bars of marijuana were found after the pickup overturned and fell into a roadside ditch at a curve on Ban Phai-Nong Song Hon Road in Ban Nong Tap Tao village in Tambon Pa Por at 4am.

When police arrived at the scene of the crash the pickup driver had already escaped.

Surachai said police had learned that the drugs were smuggled via Nakhon Phanom’s border via Khon Kaen to a southern province.

Surachai said police learned from a tip-off that a gang would try to smuggle a huge amount of marijuana via Khon Kaen so police set up road checkpoints.

He said the pickup driver tried to avoid the main road and used a secondary road to avoid arrest but lost control of his vehicle. 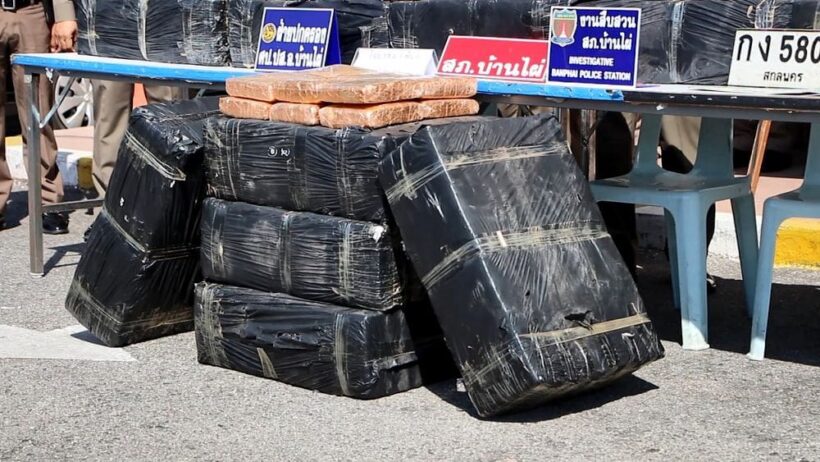