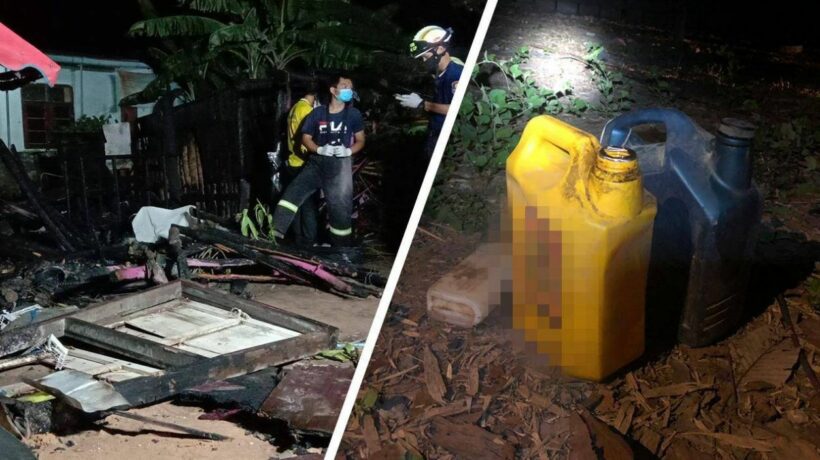 Police in Issan’s Kalasin province say a man has died in a fire that destroyed a wooden hut near the house where funeral rites were being held for his mother. The duty officer at the province’s main city police station identified the man as Sai Seema, aged 50.

Sai’s mother had died the previous day and her cremation was scheduled for yesterday. Funeral rites were being held at her home in Ban Nong Bua village in tambon Phon Thong. Neighbours told police they saw Sai sitting away from everyone else and drinking alone, when he suddenly stood up, said he was going to buy some petrol and walked off to a grocery store in the village.

A fire broke out shortly afterward in a hut near the house where the funeral was being held. The flames quickly devoured the entire hut and neighbours called police. Firefighters arrived and put out the fire in about 20 minutes. Sai’s charred body was found in the smoldering ruins, and a petrol can and a beer bottle were found near the body.

It’s believed Sai set himself on fire using the petrol, and the flames then spread to the hut.

The neighbours say Sai had appeared stressed out after his mother died, and drank heavily. Police are investigating.