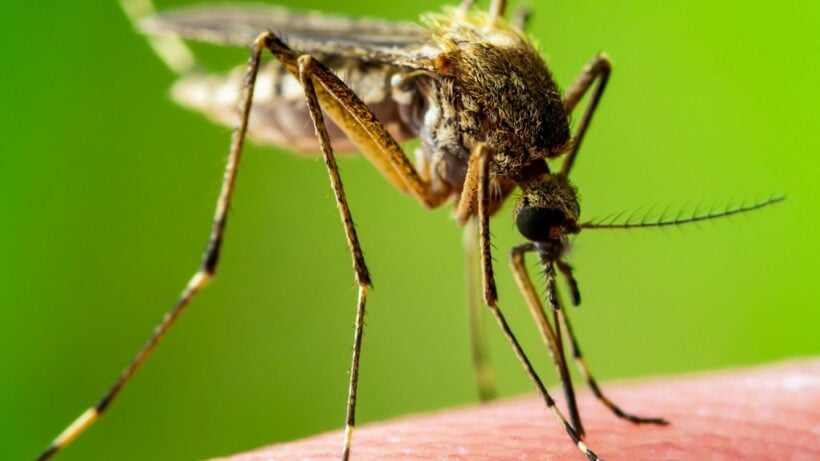 While the country is slowly getting a handle on containing the coronavirus pandemic, the Isaan region is tackling a bout of dengue fever. There’s been a rise of the mosquito-borne illness in Nakhon Ratchasima with 737 cases. Local health volunteers have ramped up initiatives to prevent the further spread of the disease.

Abate sand granules are being used to kill mosquito larvae. The product is typically applied in ponds, lakes and any water where mosquitos lay their eggs. The sand granules inhibit an enzyme that is important to the normal function of the larvae’s nervous system, killing the larvae, according to the company.

Known as “bone break fever,” dengue can cause pain in the muscle, bones, joints and behind the eyes. A fever, nausea and a rash are common symptoms. Severe dengue can be life threatening, but most people recover in about a week, according to the US Centre of Disease Control.

Other northeastern provinces have also seen a rise in dengue. The Bangkok Post reports 223 cases in Chaiyaphum, 143 cases in Buri Ram and 96 cases in Surin. Last month, Nation Thailand reported the disease was on the rise with 8,147 people infected this year in Ang Thong, Rayong and Phichit.

Parents believe murdered Mukdahan girl was killed by a local