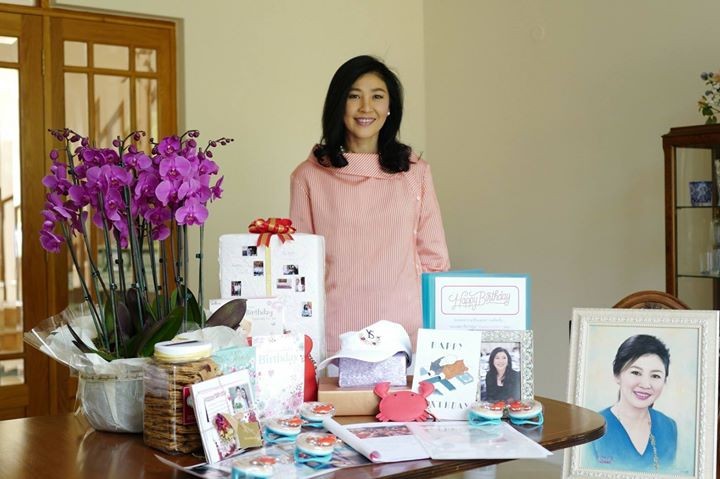 Former Thai PM Yingluck Shinawatra has spoken out for the first time since she fled Thailand nearly 10 months saying thank you to her supporters for their birthday wishes.

Khaosod English reports that Yingluck, who remains immensely popular among ‘red shirt’  supporters, despite her exile, said her influential brother, ex-premier Thaksin Shinawatra, also treated her to two meals on the occasion of her 51st birthday.

The former prime minister did not mention the verdict or her whereabouts. She only noted that she’s grateful for messages the fans sent her even though she “is away from my homeland.”

National: How many days over-stay?!