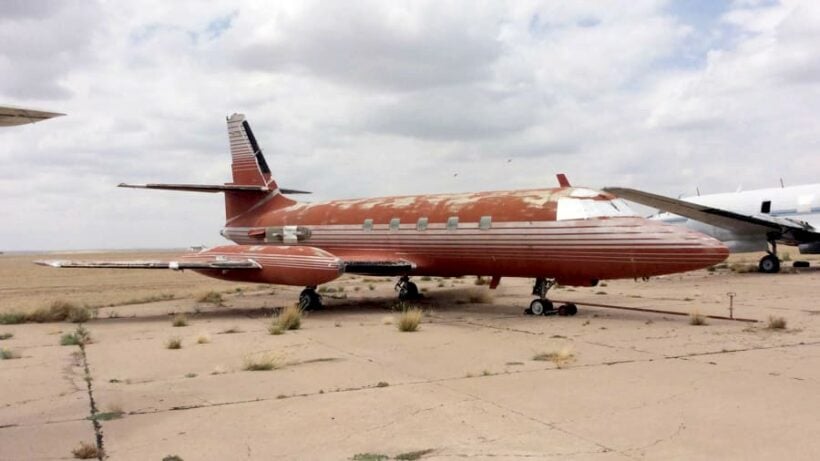 If you’re in the mood for buying a bit of music, and aviation, history, it’s now of never!

CNN reports that there’s no engine, the cockpit’s a mess and the red velvet seats are not fit for the once king of Rock ‘n’ Roll. Restoring this plane will require a heap of cash, a hunk of burning love, paint, an engineer with a lot of time and some spare parts from Lockheed. But here’s a chance to own Elvis Presley’s very own customised private jet. It’s been sitting on a runway in New Mexico for 36 years. The 1962 Lockheed JetStar 1329 was owned by Elvis and his father, Vernon. It last came to auction in 2017, reaching a price of $430,000. But the new owner has had to return to sender – perhaps putting their hand at the last auction in a flurry of Elvis-love and before actually inspecting the rust bucket sitting in the desert.

“Custom private jet personally owned by Elvis Presley, the late American singer, complete with red velvet seats, gold plated accents, and red plush carpet. Elvis’s Jet has been privately owned for more than 35 years, becoming a tourist attraction where it sat on a runway in Roswell, New Mexico in the US. The jet is the only one of the three planes belonging to Elvis Presley, which is still privately owned, while the other two are owned by the Graceland estate in Memphis, Tennessee.

Online auction site IronPlanet is now accepting bids until July 27, 2018. So you’ve got a month to get your bids in – it’s now or never. 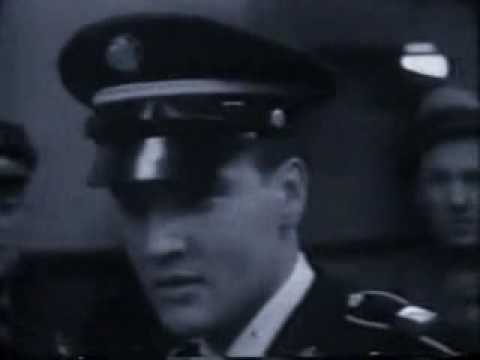