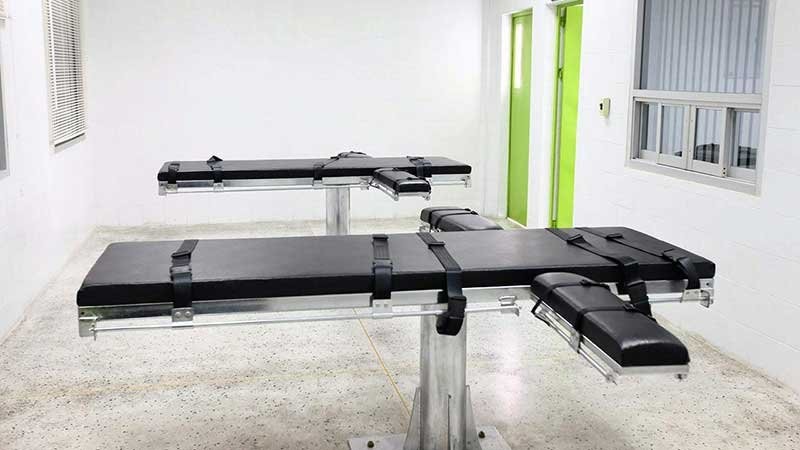 Thailand has conducted its first execution since 2009. The Department of Corrections has confirmed that a convict has been executed by lethal injection at Bang Kwang Prison in Bangkok.

26 year old Theerasak Longji was convicted of robbing and killing a person with a knife in Trang, southern Thailand, in July 2012. The victim was stabbed 24 times. A phone and bag were stolen in the callous robbery.

Pol Col Narat Sewatanan, director of the department, confirmed the execution saying that the sentence was carried out on Monday between 3pm and 6pm. Thai Rath reports that the corrections department hopes the execution will act as a deterrent showing that the country is still prepared to use the ultimate sanction.

It is the seventh judicial killing by lethal injection in Thailand.

Some 325 execution have taken place in the country since the 1930s. A total of 319 people were shot and six have died by lethal injection that was introduced after the last to die by firing squad in 2003.

Amnesty International has condemned the execution of the 26 year old murderer.

“This is a deplorable violation of the right to life. Thailand is shockingly reneging on its own commitment to move towards abolition of the death penalty and the protection of the right to life, and is also putting itself out of step with the current global shift away from capital punishment,” Katherine Gerson, Amnesty International’s Thailand Campaigner, said in a statement.

“There is no evidence that the death penalty has any unique deterrent effect, so the Thai authorities’ hopes that this move will reduce crime is deeply misguided. The death penalty is the ultimate cruel, inhuman and degrading punishment and provides no “quick-fixes” to problems the authorities want to confront.