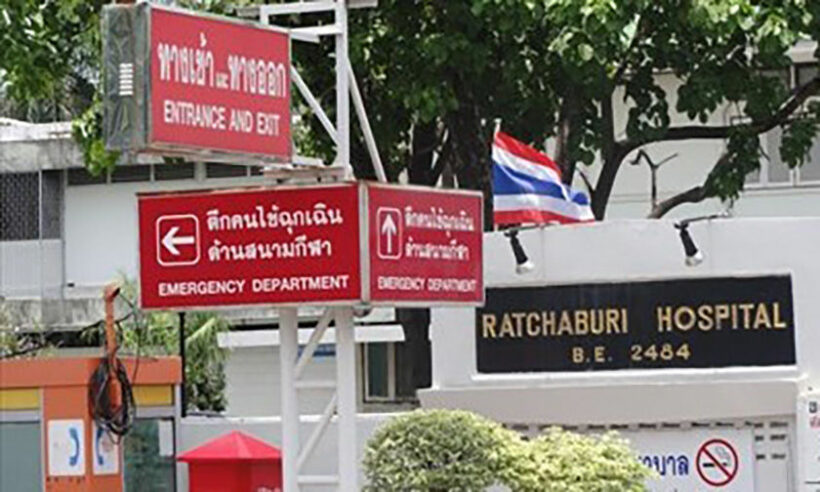 A young woman in Ratchaburi province, western Thailand, says an emergency operator joked that he couldn’t hear her, then said, “beep, beep” before hanging up on her. The woman, 18 year old Pronrawin Ongpisut, was trying to reach emergency services to help her dying father. The man has since passed away.

A report in Coconuts says Pronrawin first called the hotline around 7.13am to request an ambulance for her sick father. She says their home is near the hospital, so when the ambulance didn’t arrive, she called a second time, and then a third time at 7.18am. On the third call, she says she demanded to know what was taking so long, telling the operator her father was dying. She claims he then responded to say he couldn’t hear her, then said the words, “beep, beep”, and hung up on her.

It’s understood an ambulance arrived shortly after, but Pronrawin’s father, named as Pisit Ongpisut, died at Ratchaburi Hospital later that day. Pronrawin has taken to social media to share her story, demanding an apology from the operator who mocked her and terminated the call during an emergency.

“I want to hear an apology from that man. If my father didn’t die, I wouldn’t complain and would let it go. But right now, my father’s dead, are you satisfied? Your salary is from people’s tax money, and you’re supposed to serve the citizens, not joke around with someone’s life-and-death situation like this. What I’m furious about is not the ambulance arriving late, but the male health worker who teased me while my father was dying.”

The director of Ratchaburi Hospital says an internal investigation has been launched to identify the emergency operator in question.