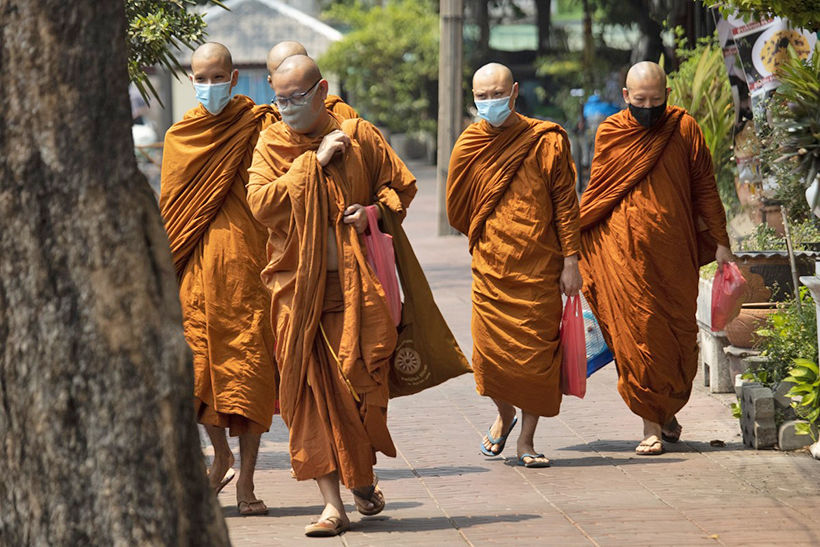 Why has Thailand, with a population greater than that of the UK, been largely spared the catastrophic effects of the Covid-19 pandemic sweeping the nation and much of the world? Social distancing is embedded in Thai culture – Thais rarely touch when greeting, preferring the prayer-like “wai” gesture to a handshake or embrace. Could this custom be at least partly responsible for the country’s low numbers?

There have been no overwhelmed hospitals in the country’s public hospital system. No dead bodies in the streets. No social media postings from frantic doctors or nurses. The country simply acted swiftly, and with a determined force.

Thailand was quick to adopt the use of facemasks, close schools and enforce social distancing on public transport, even before declaring a national state of emergency and curfew, sealing its borders and forbidding interprovincial travel. Is that what prevented the runaway transmission of the virus here?

Is there a genetic component that makes the immune systems of Thais (and others in the Mekong River region) more resistant to the virus? Or is it some combination of all these factors that have insulated this country of 69 million?

One thing’s for sure, despite an influx of foreign visitors early in the year from countries badly hit by the virus, especially China, Thailand has recorded just 3,236 cases since January, 58 deaths and achieved a 95.5% recovery rate. As of today, there have been no cases of local transmission for about 7 weeks (although there’s been a steady flow of daily single-figure infections as Thais repatriate from overseas).

Thailand’s low infection rate appears to be shared by other countries in the Mekong River basin. Vietnam has not recorded a single death and has logged about three months without a case of community transmission. Myanmar has confirmed 336 cases, Cambodia 166 and Laos just 19, though authorities believe the numbers are likely higher due to low testing rates in such developing nations. Yunnan, the southwestern Chinese province through which the Mekong flows, before winding its way to south east Asia, had fewer than 190 cases, with none being “active” now.

According to Dr Taweesilp Visanuyothin, spokesman for the the country’s Centre for Covid-19 Situation Administration, says he doesn’t believe it’s got anything to do with immunity or genetics alone.

Thailand appears to have brought the virus well under control, but the outlook didn’t always look so positive. In January, Thailand confirmed the world’s first case of the virus outside China, in a tourist from Wuhan, the central Chinese city where the outbreak is thought to have begun. A wave of infections was set off by people arriving from Japan, Europe and the US and a Bangkok boxing match turned into into a massive virus-spreading event.

But after the lockdown was enforced in March, which shuttered businesses and schools, domestic transmissions subsided quickly. In the island of Phuket most of the island’s 17 ‘tambons’ (suburbs) were all locked down with checkpoints set up to stop people moving out of their area, except for emergencies. There were no protests, no arguments, everyone realised what needed to be done although the economic impact was considerable.

A public health expert at Bangkok’s Chulalongkorn University, researching an outbreak of the virus in the southern border province of Pattani, noted that more than 90% of those who tested positive there were asymptomatic, a much higher proportion than normal. He claimed Thais and other people from this part of Southeast Asia are more susceptible to serious cases of dengue fever, a mosquito-borne virus, than those from other continents.

Though Thailand’s hospitals have not been overwhelmed by Covid-19 patients, the country’s tourism-dependent economy has been battered, if not almost entirely shut down.

In April, Thailand banned virtually all incoming flights, and holidaymakers stopped coming to Bangkok, once known as the world’s most visited city. The Thai Tourism and Sports Ministry estimates that 60% of hospitality businesses could end up permanently closing by the end of this year.

The International Monetary Fund also predicts the Thai economy will shrink by at least 6.5% in 2020 with other estimates even higher. The World Bank says more than 8 million Thais may lose their jobs or income in 2020 as a result of the virus.