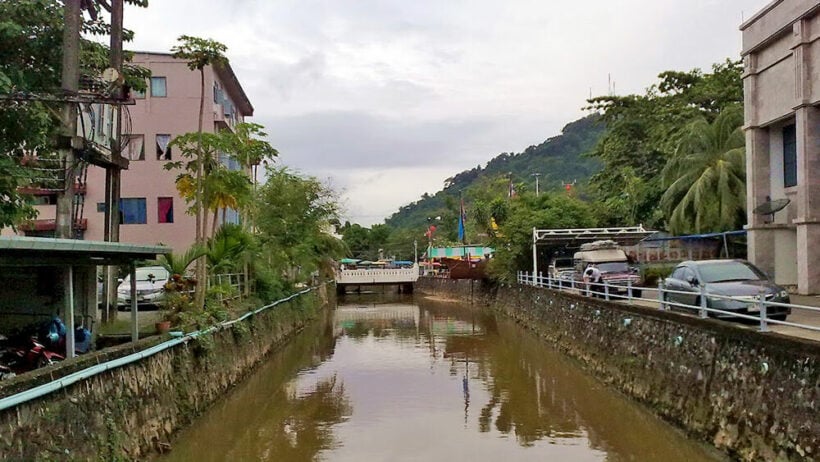 Two volunteer organisations are joining forces to clear garbage and weeds from the Bang Yai Canal, which runs from Samkong into Phuket Town on Phuket’s east coast. The organisations are the Royal Thai Volunteers and the Rak Bang Yai Club, who announced the cleanup plan on video teleconference yesterday.

The groups say they hope to clear the “bad smells” coming from the canal. The president of the RBYC says the first phase of the cleanup will focus on getting rid of weeds on the dam and canal walls.

The president also said Covid-19 had deterred the groups doing cleanup work every week, and they now only meet once a month. The director of the RTV said he would like to see people participating and taking action with his group, and that if the government also helps, then the project will be sustainable. He wants the cleanup to be a model for other provinces.

“The benefits that people will receive by reviving the Bang Yai Canal is tourism and foreigners and local people can learn about the local culture and see the activities of the community, because Bang Yai Canal is rich and diverse in culture.”

The RTV director said he hopes to “create cleanliness and beauty.”

King Cotton
21 hours ago, DWiener said: Everywhere else in the world some council or government tax is allocated to maintenance - roading, drainage, sewerage, rubbish disposal, parks, waterways etc. It's not rocket surgery. Why is this so difficult to achieve in…

DoUKnowWhoIAm
22 hours ago, Thaiger said: would like to see people participating No profit to gain, no interest.
Benroon
On 2/12/2022 at 1:02 PM, DWiener said: Everywhere else in the world some council or government tax is allocated to maintenance - roading, drainage, sewerage, rubbish disposal, parks, waterways etc. It's not rocket surgery. Why is this so difficult to…
Benroon
On 2/13/2022 at 10:51 AM, DoUKnowWhoIAm said: No profit to gain, no interest. and the volunteers ?

DoUKnowWhoIAm
4 minutes ago, Benroon said: and the volunteers ? At least they've talked about it on a video teleconference.