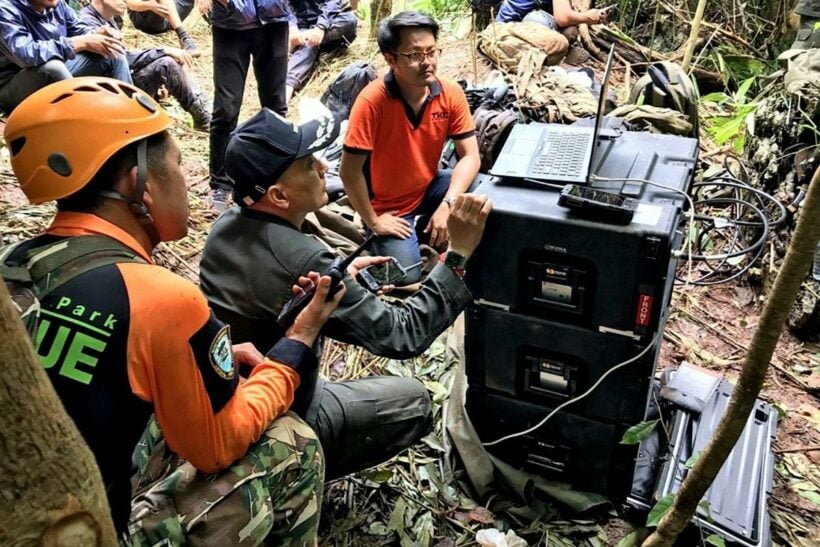 In the sixth day of the operation to rescue the 12 young footballers and their coach trapped in Tham Luang cave. Authorities have mobilised all their resources to reach them with the help of rescue teams from several countries, some specialist cave divers, but have face difficult conditions, rough terrains and poor weather.

The Chiang Rai governor Narongsak Osotthanakorn says officials had been trying all possible means to help the missing 13.

“The main task is to drain water as much and as quick as possible out of the cave to enable the rescue teams and foreign cave divers better access to perform their duty with continuity and without continual flooding hampering their efforts.

Paratroopers and other rescue workers were able to lower themselves about 40 metres into the cave through a shaft at a location known as Tham Phra. They reported that there was no flooding on the cave floor but was muddy and with water emerging from holes on the floor.

Three rescue experts from England’s Derbyshire Cave Rescue Organisation arrived at Tham Luang on Wednesday. They brought a specialised radio system that can transmit messages for hundreds of metres through solid rock, as well as diving equipment.

The team in 2014 saved three divers who were trapped in a cave in England’s East Midlands. Their ordeal was similar to the Thai footballers as their exit from the cave was blocked by a flash flood.

Three German diving experts are also on the ground. China and the Philippines have also expressed readiness to send rescue units to the scene if requested by Thailand. 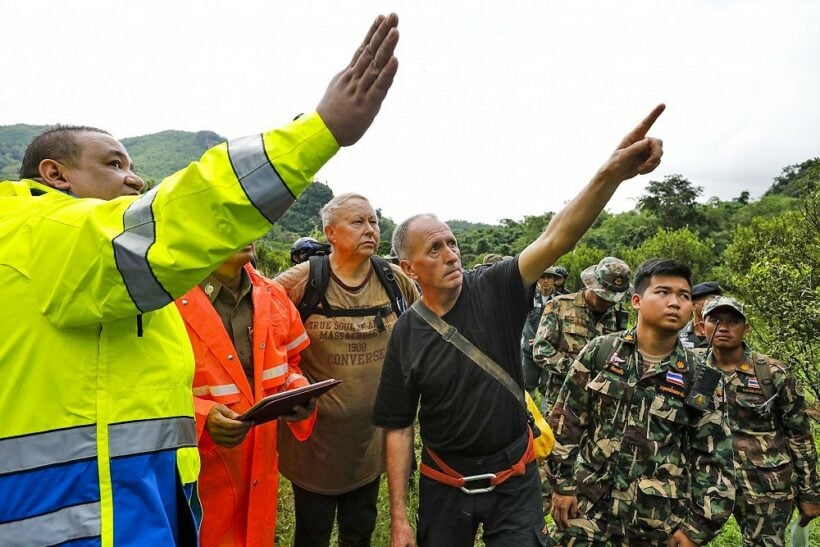 Local caving enthusiasts told rescuers about a chamber in the north of the cave. They say it is 60 metres high and 20 metres wide. This location was another focal point for rescuers because the cave chamber may have a ceiling crevice.

Chiang Rai Times reports that Suttisak Soralump, a geotechnical engineer from Kasetsart University, said percussion drilling equipment will be used to bore holes of 10-12 centimetres wide through the hillside of Tham Luang cave so glowsticks and recording devices can be located to explore the cave inside. He said it would take a full day to drill a stretch of 100 metres.

Rain last night raised water levels inside Tham Luang cave and rescuers were forced to pause their search. And a five-hour storm from Wednesday into the early hours Thursday pushed water levels in the cave higher as well.

Floodwaters inside the caves has blocked attempts to reach the teen footballers and their coach.

Outside the cave, 132 police officers were deployed with sniffer dogs trying to find other openings into the cave. Thirty-two US specialists had arrived at the cave from Hawaii and were considering boring into the cave to hopefully save the missing people.

“Divers are ready for another operation once the water level goes down,” a Royal Thai Navy Seal posted in a Facebook message.