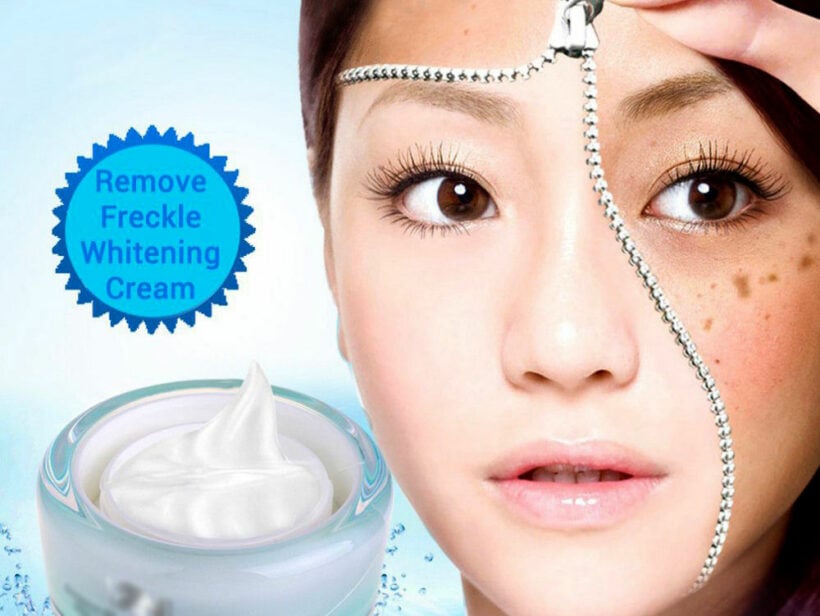 “Skin creams containing banned ingredients are very dangerous and could seriously damage your health, scar you for life and even kill you, so they should be avoided at all costs.” – LGA report.

The UK’s Local Government Association claims that skin-whitening creams can be as “toxic as paint strippers” and should be “avoided at all costs.”

The skin creams are popular in Asia Pacific countries like China, Malaysia, The Philippines and Thailand.
The creams “act like paint stripper and increase the risk of cancer,” claims the LGA.

The association, representing councils in England and Wales, says that criminals were exploiting a boom in the skin-whitening cream market, predicted to almost double in the next 10 years.

CNN reports that many skin-whitening products are banned in the UK due to harmful ingredients but recent seizures of banned products indicate they are “still being sold in a booming industry”.

Whilst many caucasians flock to tropical islands and sunny destinations to get their annual sun-tan and even purchase fake-tan creams to make them ‘darker’, the opposite is the case in many Asian countries where the pale skin is seen as ‘beautiful’. Many Asian cultures perceive a darker skin as that of poorer workers – farmers and people working outside.

Most of those products include the banned ingredient hydroquinon – a bleaching agent which is “the biological equivalent of paint stripper,” according to the LGA statement. It essentially removes the top layer of skin, increasing cancer risk and potentially causing liver and kidney damage.

Mercury, another banned ingredient, can cause reduced resistance to bacterial and fungal infections, liver damage, anxiety, depression or psychosis, according to the World Health Organisation. Skin-whitening creams with natural or non-harmful ingredients are still sold legally but they are often expensive, driving up the demand for cheap and dangerous banned products.

To this day, most countries in Asia still have an unhealthy, consuming obsession with white skin. Skin-lightening products, from creams, soaps, and lotions, are commonplace on bedside tables and bathroom counters, despite reports finding that many of them contain toxic amounts of mercury.

The illegal creams and products are often sold at local markets, according to the LGA report, but end up on shelves at cosmetics stores and pharmacies as well.

Globally, the demand for whiteners is climbing, projected to reach US$31.2 billion by 2024, especially in Asia, the Middle East and Africa, according to market intelligence firm Global Industry Analysts.

The Asia-Pacific market is the most lucrative region, making up more than half of the global market – an estimated US$7.5 billion, out of a global $13.3 billion, according to Future Market Insights.

A 2017 study found that more than half of survey respondents in India had tried skin whiteners.