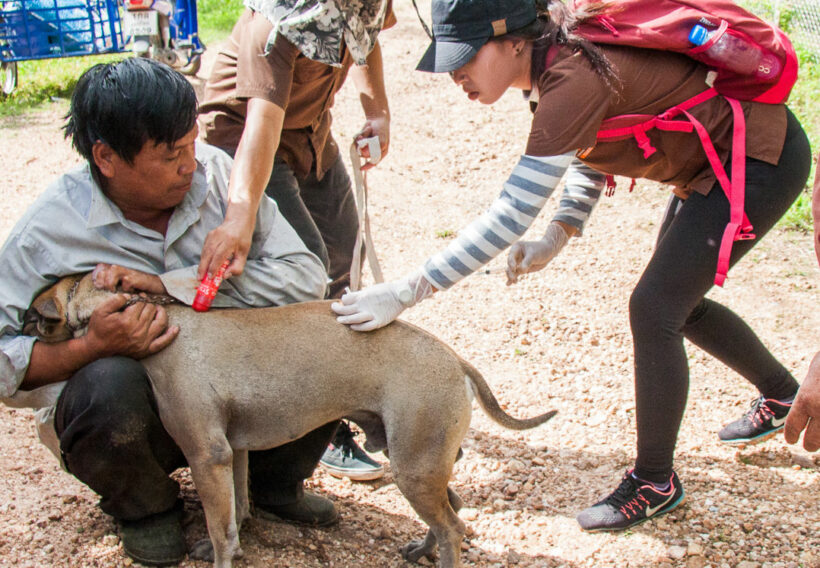 The first death from rabies this year was in Surin, north of Thailand.

The Public Relation Department today reported that Dr. Suwannachai Wattanaying- Charoenchai, Director-General of the Department of Disease Control says, “We were notified that a 32 year old man in Surin has died from rabies.”

“Before he died he was being treated for fever and was unable to swallow. Tests show that he had contracted the rabies virus.”

“It was later discovered that he had been bitten by dog in November last year but didn’t go to hospital for treatment. He is the first death from the rabies virus in Thailand in this year.”