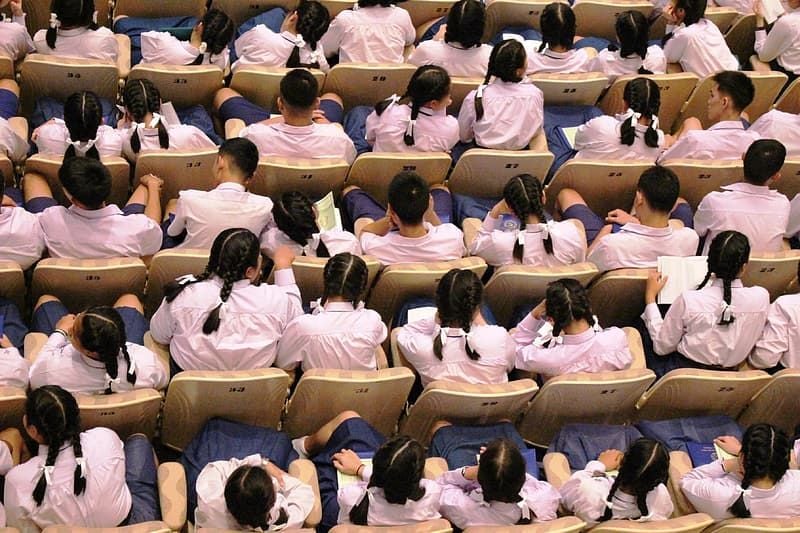 English skills in Thailand have dropped for the third year in a row with an English language proficiency score considered to be “very low.” In the past year, Thailand’s ranking dropped from 74 out of 100 countries to 89, according to the 2020 English Proficiency Index by EF Education First. The index is based on test results from 2.2 million adults from 100 countries and regions.

Thailand scored 419 out of 800 according to the English Proficiency Index, which is considered “very low.” Thailand ranks 20 out of 24 countries surveyed in Asia and 7 out of the 8 in Southeast Asia, topping Myanmar. Singapore scored 611, ranking number 1 in Asia with “very high” English proficiency, followed by the Philippines with a “high” proficiency score of 562.

According to the report, the lack of English proficiency in Thailand, Cambodia and Sri Lanka hampers access to jobs in the tourism industry which makes up 10% of their economies.

With comparatively low wages and beautiful scenery, these countries already attract over 38 million visitors per year. These visitors are mainly concentrated in resort areas. In order to spread the wealth more evenly to different regions and open jobs in tourism to more of the people who want them, schools will need to do a better job teaching English to all students. 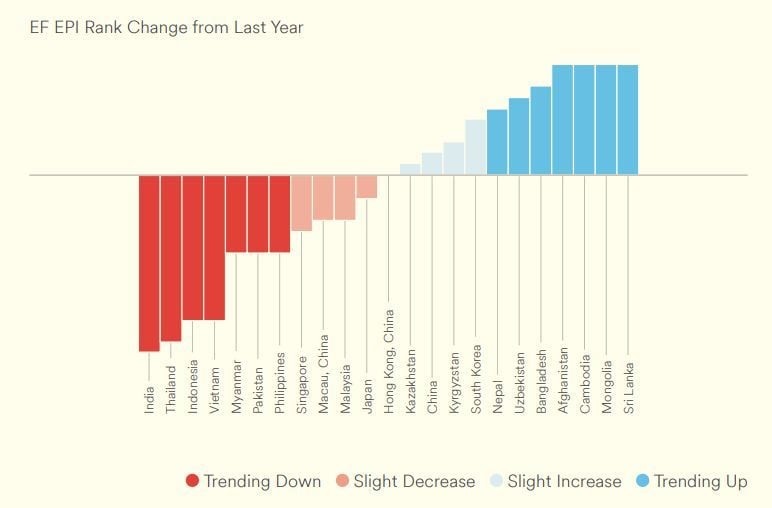