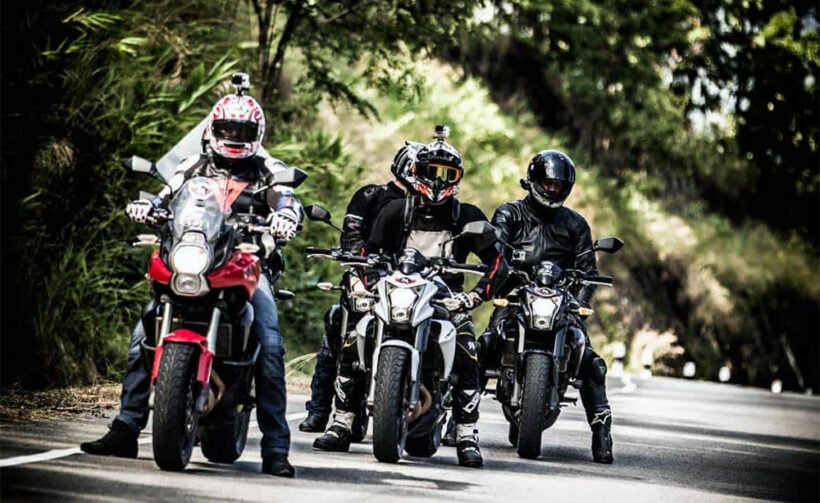 From next February, motorbike riders in Thailand will be required to pass a separate driving test and training session if they wish to receive a licence for a “big bike”. The regulation has been announced in the Royal Gazette, after the government approved it last August, in a bid to cut road traffic accidents which are predominantly motorbikes (about 75%) and predominantly male. Thailand has one of the world’s worst road safety records, and the highest rate of motorcycle-related deaths.

The Pattaya News reports that police spokesman Ekkarak Limsakas has confirmed that from February 19, anyone with a bike over 400cc will need to attend additional training sessions and take a test in order to comply with the law.

“The Department of Land Transport together with the Royal Thai Police had previously considered the necessity of separate driving licenses since a big bike rider needs more skillful driving skills due to the vehicle’s weight and balancing difficulty. Many road accidents involving loss of lives and properties frequently occurred with big bike owners.

“The separate license for big bike owners is believed to potentially strengthen the road safety for all riders and pedestrians as well as to reduce minor and fatal road accidents. The authorities are in the process of re-classifying the regulations between a small and a large motorcycle driving license before the penalties and punishments will be re-issued under the new law.”

What has not been made clear is whether foreign riders in possession of a big bike licence from their home country will also be required to take the test.