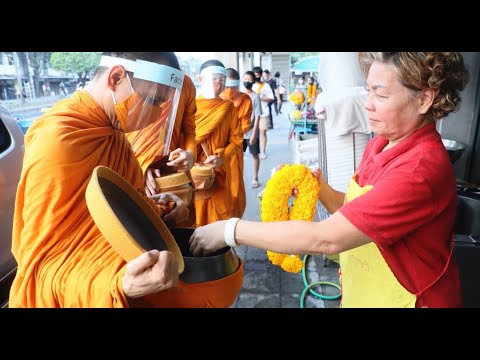 “Far from over” in the Asia-Pacific region – WHO update

The World Health Organisation says that the coronavirus pandemic is “far from over” in the Asia-Pacific region.

Regional Director for the Western Pacific at the WHO, Takeshi Kasai, says “Let me be clear. This is going to be a long-term battle and we cannot let down our guard, we need every country to keep preparing for large-scale community transmission. Countries with limited resources are a priority, such as Pacific Island nations.

Pattaya’s Committee for the Surveillance and Prevention of Covid-19 is proposing to use the city’s Grand Bella Hotel as a temporary medical shelter.

The shelter would be for people under investigation for Covid-19 coronavirus symptoms to quarantine them from others.

Pattaya currently has 12 cases, with a 16 in Bang Lamung, and a total of 53 in Chon Buri province. 105 people are currently being scrutinised for the virus in the province.

Bangkok Pattaya Hospital has also announced it’s willing to help with the necessary medical supplies, sanitisers and other equipment.

Thailand’s Land Transport Department is suspending all public transport in an out of Phuket, Yala, Pattani and Narathiwat, due to the rapid spread of Covid-19.

The four provinces are in the south of Thailand. The department’s director-general says that the suspension includes inter-provincial and chartered services, but public transport to other destinations is unaffected.

Meanwhile the Thai Army chief General Apirat Kongsompong has foreshadowed that they may roll out the same deal for all inter-provincial public transport soon.

Jakarta buries 283 Covid-19 victims, suspected victims in under a month

An infant girl was found abandoned outside a grilled pork stand in Chiang Mai Province in Thailand’s north early yesterday.

The baby was found by a “drunken man” at 6:30am.  The infant was wrapped in a red towel, and was quickly taken to Maharaj Nakorn Chiang Mai Hospital. Hospital staff told reporters the baby girl is in good health. Health officials are trying to track down the baby’s mother.

According to the Thai Hotels Association, out of the 32,000 or so hotels registered in Thailand, 95% will lose all revenue during April .

An adviser to the THA says that the number of hotel closures is growing every day as more provinces have imposed stricter lockdown policies.

The president of THA’s southern chapter says that 87% of hotels in Phuket intend to temporarily close during April to comply with the one-month lockdown.

Monks in the nation’s capital have stopped waiting for a delivery of face masks and made their own face shields.

The home-made shields even included the words ‘FACE SHIELD’ emblazoned across the top, just in case anyone was unsure what they were.