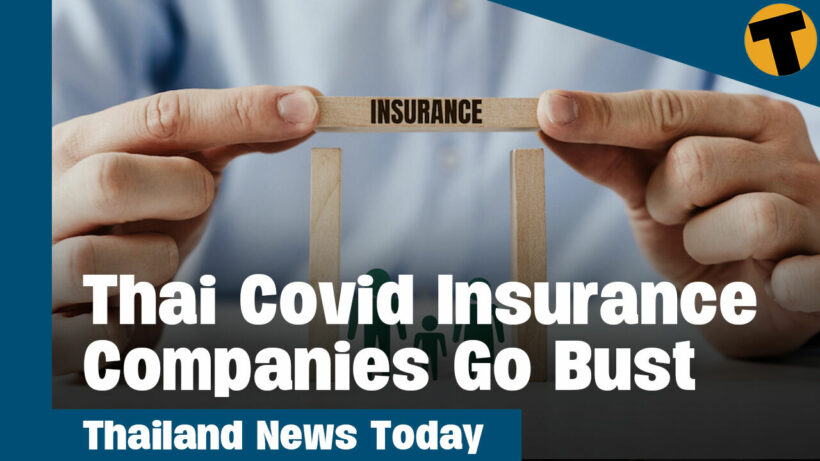 Former Democrat Party deputy leader Prinn Panitchpakdi handed himself over to police at Phetchaburi Police Station today at around 9 am to “acknowledge” another complaint of sexual harassment filed against him.

At 9 am today, 45 year old Prinn handed himself over to Phetchaburi Police Station to be questioned by superintendent Pol. Col. Wanchai Khaoram.

Prinn turned himself in to “acknowledge” the complaint made against him by a former staff member of the Democratic Party at the station on April 16th. The 45 year old woman filed a complaint at the station accusing Prinn of sexually harassing her on November 8th, 2020 at a resort in Muang District.

The rather late acknowledgment of the complaint comes after Prinn was informed that investigating officers at Phetchaburi Police Station were preparing to request an arrest warrant from the court because he hadn’t acknowledged the most recent complaints filed against him. He didn’t come out to speak to the press. Now, more than 20 women have come forward and accused the politician of sexual abuse and rape.

Yesterday, Deputy Commissioner of the Royal Thai Police Pol. Maj. Gen. Trairong Phre ordered investigating officers to expedite Prinn’s sexual abuse case after visiting the accused’s former workplace. Providing there is enough evidence against him, the investigating officers said a warrant for his arrest would be issued in the next few days, no later than April 27th or 28th.

Prinn was previously arrested and questioned over the allegations at Lumpini Police Station and the Bangkok Southern Criminal Court released him on bail for 7 hundred thousand baht. He was released on the condition that he would not leave the country without the court’s permission.

Democrat Party deputy leader Kanok decided to resign over Prinn’s sexual abuse scandal after members of the public revealed they are disappointed with the party and how they have handled the situation.

Last Friday, another former deputy leader วิทยา แก้วพาราดัย quit the Democrat Party over the controversy. He demanded that the executive committee demonstrate more accountability by resigning. Party leader Jurin Laksanawisit said he will not be resigning over the scandal, saying that he will not dodge the issue and that it is his responsibility to tackle the problem.

More than 2 thousand Thais queued up at Suan Lum Night Bazaar Ratchdapisek in Bangkok to claim money from their Covid-19 insurance.

Thais use the phrase “Found-Paid-Done” for the collection of insurance monies owed to them. The office of the Thai Insurance Commission is adjacent to the Suan Lum Night Bazaar. Some people had slept in front of the building for a day, in order to be at the front of the queue.

The “found-paid-done” Covid-19 insurance was very popular among Thai people as it was offered at an affordable price starting from 500 baht. Almost every insurance company offered the insurance at the beginning of the pandemic when the disease wasn’t as rampant then as it is now with the recent Omicron surge.

After the number of infections increased, many insurance companies were unable to cover the rising number of cases and hospitalisations. Some companies quickly announced that they’d stop selling the Covid insurance whilst others were contracted to cover costs and were forced to close their businesses due to insolvency.

Southeast Insurance and Thai Insurance were 2 of those companies that have run into difficulties. Their business licenses were withdrawn by the Office of Insurance Commission on April 1 this year, and the IOC will now be responsible for compensation and outstanding insurance claims.

Yesterday was the first day the Commission was open for locals who had bought “found-paid-done” Covid insurance from the 2 companies to submit a document to claim their money. Thai media reported that some who had travelled from provinces outside Bangkok had slept near the building for a day to be first in the queue.

One man told Thai media that he became infected with Covid in February but couldn’t contact the company to claim the promised money of 1 hundred and 50 thousand baht. His insurance policy would expire on April 19th, so he wanted to submit the documents as fast as possible.

According to Thai media, The IOC and the General Insurance Fund recommended customers from both insurance companies reserve a place in the queue online to avoid waiting outside in the elements. The online queue was fully booked until June, and the walk-in queue was full until April 29th

Thailand’s wildlife authorities have successfully tracked and tagged a third of the wild elephant in the ภูหลวง wildlife sanctuary in the north-eastern province of Loei (near the Laos border) attaching a GPS collar that will follow the elephant’s activities after many had left their normal grazing grounds for food.

The GPS collars are being attached to 5 elephants and 3 have already been fitted, according to the director of the learning centre for wildlife conservation, of the Department of National Parks, Wildlife and Plant Conservation, Supagit Vinitpornsawan.

Each GPS collar weighs roughly 10 kilograms or less than 0.2 percent of an elephant’s bodyweight. He agreed that some elephants may be ‘annoyed’ once the collars were attached and will attempt to remove them, but that they eventually adapt and not even notice the GPS collars.

Elephants that leave their natural environment to hunt for food are more likely to damage crops grown by villagers near the wildlife sanctuaries or national parks.

And this, he said quote “will result in conflict between villagers and wild animals.” End quote

The goal is to tag 67 elephants, but since 2018 only 11 elephants had a GPS tracker attached.

He accepted that the current laws couldn’t control the spread or popularity of e-cigarettes at this time, but he said he had already assigned the National Tobacco Control Committee to work on the laws and revise them to control the use and sale of e-cigarette products more effectively.

On April 24th, Anutin announced during the meeting with the Thai Health Promotion Foundation? that the electric cigarette was very popular among Thai teenagers, and many departments tried to legalise it.

He claimed that he would never support the legalization of e-cigarettes since nicotine is not good for health.

The Thai health minister added that an urgent solution was needed before the e-cigarette became more popular because of the misunderstanding that it was a healthier alternative or a viable alternative to tobacco cigarettes.

The Vice President of the National Tobacco Control Committee, Surachet explained that e-cigarettes were made from synthetic nicotine, and that also affected tobacco farming in Thailand causing farmers to lose income.

The vice president insisted e-cigarettes weren’t good both for the health and economy.

E-cigarettes are sold online and are fairly available in Thailand, —as are the consumable “vape-juice” or e-liquids.

In the 24 hours since the last count, the CCSA recorded 13 thousand 8 hundred and 16 new Covid-19 cases and 21 thousand and 72 recoveries. There are now 1 hundred and 67 thousand 1 hundred and 24 people in Thailand being treated for Covid-19.

Out of the new cases recorded today, only 1 was found in correctional facilities. More than 80 thousand inmates at Thailand’s overcrowded prisons and detention centres have tested positive for Covid-19 over the past several months.

Since the start of the pandemic last year, the CCSA has recorded 4 million 1 hundred and 94 thousand 6 hundred and 84 confirmed Covid-19 cases. Out of that number, 1 million 8 hundred and 31 thousand and 47 Infections have been reported since January 1st this year.