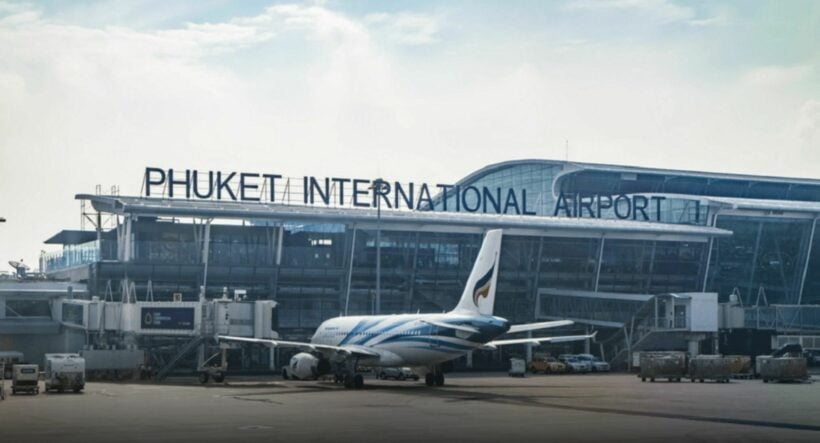 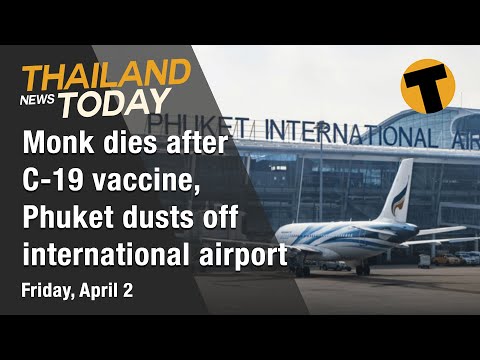 In today’s episode we look at…An elderly monk has died after being vaccinated for Covid-19, Phuket Airport’s international terminal is switching its light on for the first time in nearly a year, and an elaborate banquet set up in Chon Buri… but all the guest were dead.

A 70 year old monk has died the day after he was injected with a Covid vaccine, while 3 other monks at the same temple in Bangkok were taken to the hospital sometime after being injected to be treated for a high fever. One of them complained of chest tightness and difficulty breathing. Medical examiners will do an autopsy of the deceased monk’s body today to determine if his death is related to the vaccination. Health officials didn’t say which vaccine the monk received, but a report notes that the AstraZeneca vaccine is administered to people over 60 while the Sinovac vaccine is only given to people 18 to 59 years old.

Phuket’s International Airport terminal is getting ready for the island’s reopening by vaccinating all employees. The apparently mandatory vaccinations for airport front line staff, according to Phuket News, is hoped to increase confidence among foreign visitors, as many who have received a Covid vaccine, will be able to enter the island with relaxed quarantine measures.

Thailand’s upcoming monsoon season is expected to start early and see the heaviest levels of rainfall in 30 years. The Royal Irrigation Department is interacting agencies to prepare for the situation by inspecting reservoirs and irrigation infrastructure. As of now, Thailand’s reservoirs are, on average, 50% full and the 4 main dams on the Chao Phraya River are 38% full.