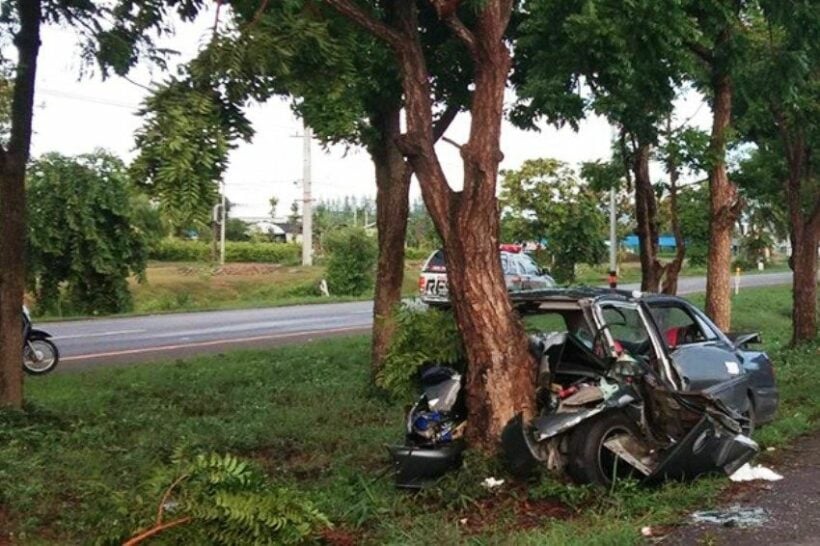 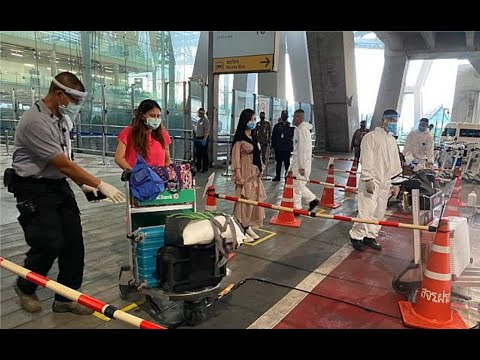 Of the 251 Thais who repatriated from the UK yesterday 20 were found to have high fevers and rushed to hospital, according Suvarnabhumi Airport’s deputy director.

The Thai Airways charter flight arrived at the airport at 2.20pm. Screening found that 20 passengers had high fever and they were rushed to hospital. 16 passengers also opted for the alternative 5 star state quarantine facilities, while the rest were transported to the government’s specified facilities in Bangkok and Samut Prakarn.

A Korean Airlines flight arrived last night, also at Suvarnabhumi, bringing 194 Thais from South Korea. Screening officers found 13 of the passengers with high fever. 18 of them upgraded their mandatory 14 day quarantine at a designated hotel.

Thailand has registered on only new Covid-19 case today, another Thai returnee, this time from Russia.

In what will come as no surprise to most, the death toll on Thailand’s roads has resumed its upward trend after a brief interruption during the Covid-19 lock-down.

More people are back behind the wheel or the handlebars, and with that, the carnage has returned to Thailand’s roads.

In Phuket, a truck ploughed into a power pole on Saturday, killing the Thai driver and a Burmese national who was hit by the falling power pole as he rode his motorbike on the opposite side of the road.

In the west of the country yesterday, a mother and 3 year old daughter were killed, when the car they were travelling in, left the road and slammed into a tree in Kanchanaburi.

Another accident in the south killed an 80 year old woman in Nakhon Si Thammarat, when the motorbike she was a pillion passenger on was hit by a car.

As of our recording time, 29 people have already died on Thailand’s roads today and another 1,629 have been injured. Annually some 21,000 Thais die on the road, putting it into the Top 10 countries in the world for the most dangerous roads.

Pattaya police say they’ve identified a number of individuals chasing kickbacks from hotels in exchange for being listed as a Covid-19 quarantine facility.

However, as none of the hotels involved have filed a complaint, the individuals in question have not been charged. Well, yet anyway.

With hotels across the city shut down as a result of the Covid-19 pandemic, some people have attempted to exploit the desperation of those in the hospitality sector. The statement from the Pattaya police comes in the wake of the government pledging to crack down on such extortion and identify those responsible.

People are searching for a shark after it apparently bit a boy’s foot at a pier in the southern province of Satun. The local mayor even said he’ll give a cash reward of 1,000 baht to whoever catches the shark. He even took a long tail boat out on Saturday afternoon to scope out the scene and try and track down the shark.

Last Thursday, a 12 year old was playing on the pier with two of his friends. Something bit him when he was swinging his legs in the canal. The boy is okay, but he needed 50 stitches (yikes!!).

Researchers from the Marine and Coastal Resources Department say the bite is most likely from a bull shark.

More than 14,000 people have contracted dengue fever and 11 have died so far this year, the country’s north and east the hardest hit.

Police arrested 25 people involved in online gambling after a raid Saturday night at a house in Mae Sot, Northern Thailand, right on the Burmese border.

Police also confiscated equipment used for the online gaming. Out of the 25 people arrested, 5 of them were Thai and the rest were foreigners, mostly from China.

Police seized 7 computers, 14 smartphones and 2,000 to 2,500 SIM cards. The gambling operation also has 50 bank accounts with a total of around 100 million baht.