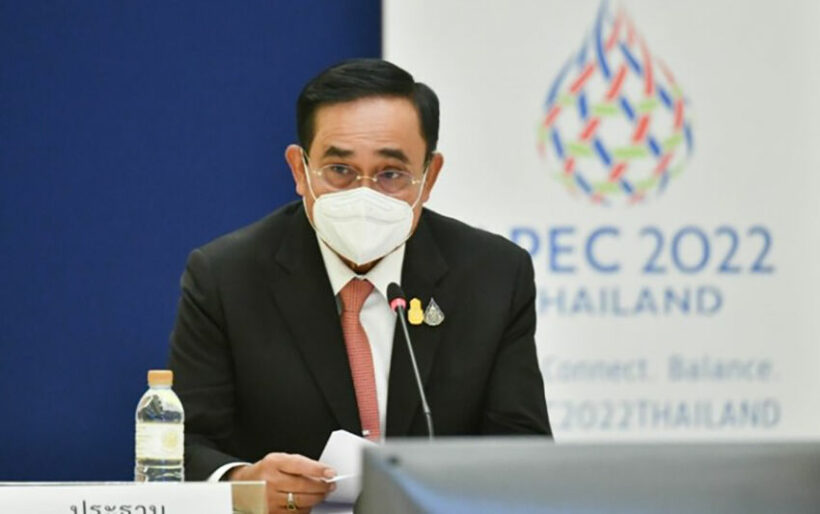 With Thailand chairing the Asia-Pacific Economic Cooperation trade bloc this year, the Thai Armed Forces have warned Russia is likely to impose sanctions if the war on Ukraine continues.

“If the Russia-Ukraine conflict continues, economic sanctions on APEC will emerge.”

The trade block is made up of the US, Russia, China, Japan, Australia, Canada, South Korea, Hong Kong, New Zealand, Brunei, Indonesia, Malaysia, Singapore, Philippines, Thailand, Taiwan, Chile, Mexico, Papua New Guinea, Peru, and Vietnam. The Royal Thai Armed Forces Security Centre says Russia has already blacklisted 8 members – the US, Canada, Australia, Japan, South Korea, Singapore, Taiwan, and New Zealand. According to a Nation Thailand report, the centre points out that Thailand, which hosts APEC forums this year, will come under increased pressure if the US and its allies boycott the forums.

In related news, the centres says it’s compiling information on terrorist organisations or groups that have come into conflict with APEC members, with a focus on the ASEAN region and lone-wolf figures. In addition, officials in Thailand’s 3 southern border provinces are on alert for locals travelling to countries with links to terrorism. The centre says that so far, no APEC member has raised any particular concern ahead of the meetings in October and November this year. However, it adds that Thailand is ramping up security and intelligence, to protect the country’s reputation.

Meanwhile, the Foreign Ministry says it does not expect Russia’s war on Ukraine to disrupt the October meeting of APEC members.

Graham
2 hours ago, Boddown said: Good excuse for new military toys Yeah, submarine with no engine, fighter jets with no wings. 555
Bifrost
2 hours ago, AlexPTY said: What armed forces understand about economy I think they should first to learn to do their job and fly jets to start with That wil take a long time - it need intilligent people to…
Artemis080
Feel free to leave APEC. Don't let the door hit on your way out. Who needs who more right now?
HiuMak
Shouldn't APEC sanction Russia instead?

Fundok
On 3/14/2022 at 5:13 AM, Thaiger said: With Thailand chairing the Asia-Pacific Economic Cooperation trade bloc this year, the Thai Armed Forces have warned Russia is likely to impose sanctions if the war on Ukraine continues. “If the Russia-Ukraine conflict…