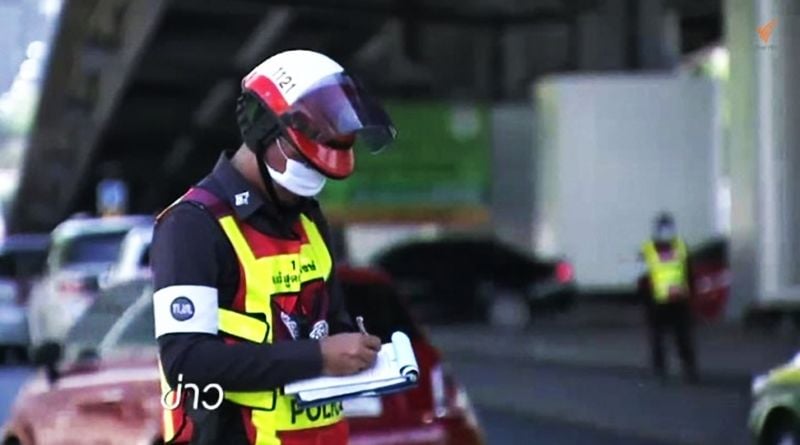 If you drive a motorbike in Thailand, odds are you’ll get stopped by police at a checkpoint. Most of the time police, are just checking for driver’s licenses and making sure those riding on motorbikes are wearing helmets. In the past, some police have charged up to 500 baht for not having a Thai driver’s license. Now it’s set at 200 baht, officially.

The Royal Thai Police just posted a revised set of fines for traffic violations. While not having a license is 200 baht, using a smartphone while driving is a heftier fine at 500 baht. Police say people need to use auxiliary equipment when making a phone call while driving.

Police are cracking down on vehicles that emit an excessive amount of exhaust (they’ll be busy!). It’s a 1,000 baht fine if the car’s or truck’s pipe is puffing out clouds of black fumes. Trucks loaded with explosives and hazardous objects need to have warning signs. If they don’t have a sign displayed, they face a 1,000 baht fine.

Taxi drivers also need to make sure they take customers using the quickest route. Driver’s who take passengers a long way in order to make more money could face a 1,000 baht fine.

Here are some of the common traffic violations with fines ranging from 200 baht to 500 baht: