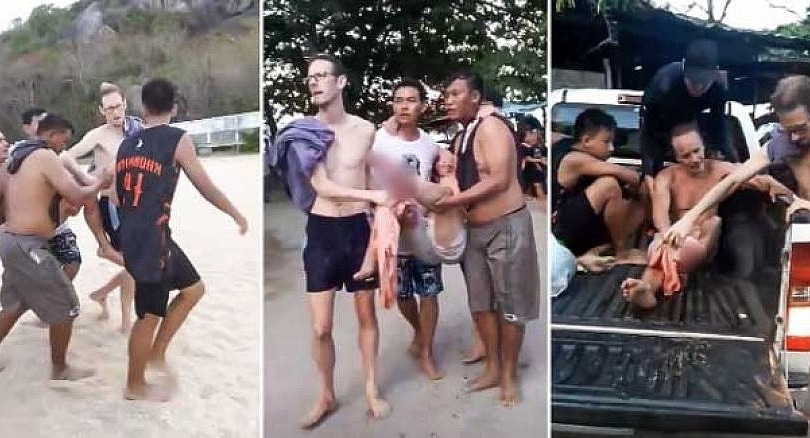 Video footage posted to social media on Sunday claimed that a foreign man was been bitten by a shark at a beach in Hua Hin.

The clip, which has now been removed, showed a man being carried out of the water having suffered multiple injuries to one of his feet.

The incident was said to have taken place at Sai Noi beach, south Hua Hin, with the unnamed foreigner being rushed to hospital for treatment.

However, some people commenting online questioned the claims of the injuries being the result of a shark attack and said the injuries could have been caused by sharp rocks on the seabed.

Others said the injuries were clearly bite marks, with speculation that they were caused by a black tip reef shark.

Commenting about the incident on Facebook, Edwin Wiek, who runs the Wildlife Friends Foundation Thailand in Phetchaburi province, said that sharks found in the Gulf of Thailand “are big enough to bite but too small to fight.”

Another Facebook user, Aaron Gimli Myers wrote: “Never seen or heard of such aggressive behaviour from a tipped reef shark before, pretty fast and shy animals. Potentially a small bull shark? Have seen them while diving off the islands so not that far for one to travel really and also very aggressive creatures”.

Marilyn Rose commenting said: “Ouch! That looks nasty! There are shark in the area as I’ve seen local fisherman catch them at Takiab, but they’re only usually close to shore at night and don’t tend to attack humans unless they feel threatened. There are also some pretty nasty rocks at Sai Noi on which my better half broke his toe. To be honest though, it does look more like a bite”.

UPDATE: Thaivisa has been informed that medical staff who treated the foreign man said the injuries were not consistent with that of a shark bite and were likely to be caused by rocks. 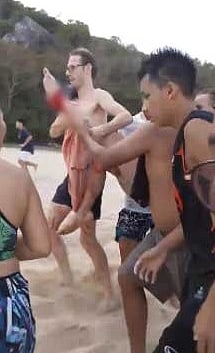