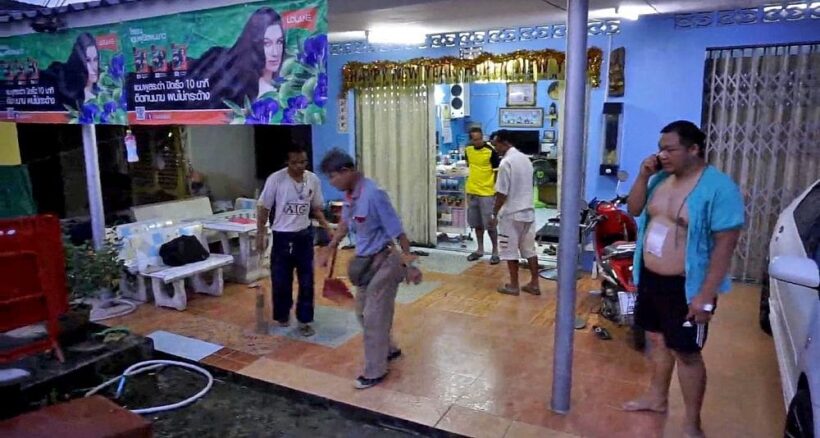 Thinnakorn (the man taken to hospital) told police that they were having a New Year party at the house when Sucheep, his brother-in-law, turned up. He was drunk and started complaining that he was never accepted by the family even though he had helped them and wanted to settle the matter once for all.

Sucheep then pulled out the gun and shot his relatives.

Thinnakorn told police he pretended to be dead after being hit in the stomach while Sucheep went into the bedroom where he committed suicide.

Police told reporters that the murders appeared to have been committed in a fit of rage. He added that Sucheep – who was married to the family’s other daughter, 37 year old Boonnyanuch Sornsang, was resentful at the family’s alleged hostility towards him. Boonnyanuch was not present at the party.

Police have revealed that Sucheep was released two months ago from Nakhon Si Thammarat Prison where he had been jailed for three years for attempted murder. They said that his family report he was unemployed, often drunk and had threatened to kill the family many times.