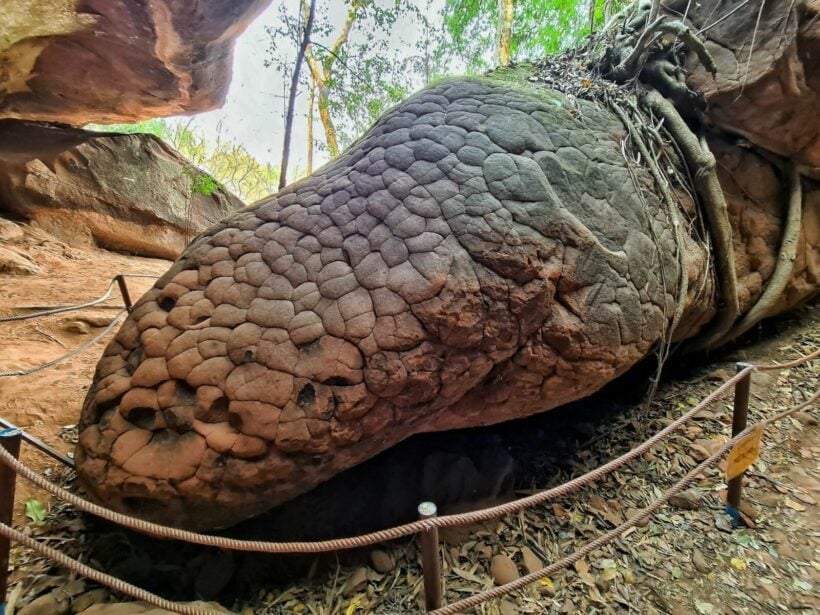 The Naga Cave is inside the Phu Langka National Park. The president of the Tourism Council of Bueng Kan said a team from the council first discovered the rock in 2020, and it then gained social media attention. The legend of Naga holds deep meaning in Northeastern Thai legends, and legends from other Southeast and South Asian cultures. These cultures believe Naga is a giant serpent with many heads. It has spiritual meaning in both Buddhism and Hinduism. The Northeastern Thai legend says that the water angel ordered Nagas to play in a lake, so water would spill onto people’s crops as rain.

Every year in the Northeast, people shoot self-made rockets into the sky to wake up the Naga, hoping the Naga will send rain down to their crops.

Ted
I visit the place last Sunday and can only say this; do not come Friday to Sunday or public holiday's even if it gets better as you near the top, the way up wasn't fun as we sometimes stood still…

Guest1
5 hours ago, Ted said: I visit the place last Sunday and can only say this; do not come Friday to Sunday or public holiday's reading this " 20 hotels in the Bueng Khong Long district of Bueng Kan are…